“I was born into poverty. I tried to study and go to school. After that, I tried to receive work and earn an income. So, I applied to a Thai company. I didn’t know I was going to be trafficked. For two years, I worked in the Thai company’s boats in Benjina, one of Indonesia’s islands. There were many workers there from Thailand. Some were forced by captains and companies. They worked hard.”

One day, the boat’s captain took some of the men and locked them up in what Chairat called the “company jail.” An Associated Press investigation reveals that these company jails in Benjina are small concrete buildings with makeshift cells used to imprison workers deemed to be flight risks.

“The captain took many people. There were about 15 Burmese and 15 Thai people. I was in the company jail for two months. I didn’t know why,” he continues.

Some of Chairat’s friends were still on the boat, and they talked to the captain to have Chairat released and sent back to Thailand. At that time, the Indonesian government was checking into the conditions of the boat crew. Additionally, staff members from the Labor Rights Promotion Network (LPN), an organization founded by 2008 TIP Hero Sompong Srakaew, were also gathering evidence and investigating the area for potential labor rights abuses.

In the spring of 2015, Chairat was rescued, and he came back to Thailand. Upon his return, LPN took in Chairat’s case and successfully recovered his withheld wages from the company. Today, LPN and Chairat have an ongoing criminal case against the captain for illegal detention.

Originally from Phetchaburi Province, Chairat has opted to stay with LPN. He helps lead the Thai Fishers Association, an organization formed by former workers who wish to help LPN and other NGOs improve conditions in Thailand’s fishing industry. Chairat talks to workers, describes his experiences and trains others to look out for job scams.

Learn more about the Issara Institute, 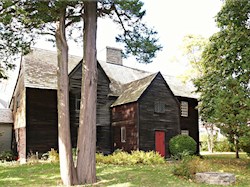 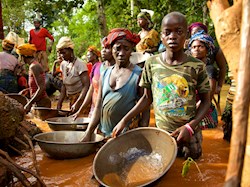 Behind the glitter and sparkle are the forced child laborers toiling in mines to produce these beautiful items.

Why We Must Begin Talking About Labor Trafficking

Real-life stories of survivors of pimp-controlled prostitution, of children sold into brothels, of girls forced to marry old men dominate our headlines.