Here we are: Calcutta, India. A tiny group of us—one photographer, two writers, two justice-fighting wonders (of which I am not). We’re picking our way through the crowds and sewage and churn of poverty along a side-street in a city of which I may never find my bearings.

And within that tiny group, I’m here, because after seven years of listening to stories from people who’ve tied their hearts and lives to the restoration work that’s happening in cities like Calcutta—and wondering what I could possibly do for the girls and women in India who’ve been tortured by the giant of sex slavery—I finally landed on something I thought might fly. Or at least hover.

For many of us, I think, when we first hear about surreal kidnappings, the selling of children, 3pm to midnight repeated rapes, sickening levels of torture and abuse—we sometimes stand in the face of that enemy and wonder how in the world we could affect something like that. It’s a storm so ugly that sometimes, if you’re honest, you just want to look away. It’s overwhelming; it feels impenetrable. But if you stand in that storm a moment longer and let yourself wade beyond those first rounds of horror and defeat, you might find something. You might leverage some of the dreams and noble justice work happening around you and form a sliver of an idea. Then you might say that idea out loud. And because you’ve said it out loud and made a promise or two, the momentum begins.

That’s the only way I started moving. I said it out loud. I drew sketches and diagrams and timelines. But when those initial rushes of adrenaline waned, it happened: I got scared. I knew that this project—to create a photoessay magazine, crowd-fund it on Indiegogo.com, and turn whatever profit we made directly over to justice work in India—meant I actually had to go to India. I had to get knee-deep. Nothing was simple.

A few years ago, this would have felt like something close to adventure. But this opportunity, as it turned out, would come at a time when I was newly pregnant, increasingly sick, and had two little boys at home. An intense trek to India wasn’t top of my list. I knew my own level of sacrifice and suffering bore no resemblance whatsoever to the suffering of the women in India, but that’s the truth of it. I had immense doubt. At night, I would sit in bed and draw out new scenarios, ways that would be easier and require less sacrifice, without seeming like a selfish dream-dropper. I would consider those things and feel like hell. But in the morning, my husband, my best friends, my die-hard community, would build me back up and remind me of the mission, remind me of all the why’s, remind me that there’s a creeping beast of fear who is always on guard when anyone dares to look into the face of evil. No matter how small or how trivial we believe our idea might be, that enemy is threatened.

I got my passport.

Our van stalls at a traffic light outside Sonagacchi—the largest red light district in Calcutta where at least 10,000 females are held captive. Ten thousand. A eunuch approaches our window with makeup and hair so stunning, so tended. My friend, that justice-fighting wonder who’s been immersed here for years, tells me about the eunuch (Hijra) subculture, the kidnappings of boys, another ring of slavery. The eunuch puts his hands on the glass between us, laughing, gesturing. With his eyes locked on ours, I see the storm.

We park the van. We walk past the closed brothels, the slavery cages. We find a simple doorway and knock. And this, right here, is where we find a haven. Freeset. An organization so close to the heart of my community back in Cincinnati, because we’ve spent years going back and forth, investing in each other’s lives and mission, wrangling new ways to support and create a lasting partnership. It is this group of people in the center of the Red Light who left their home country of New Zealand to root themselves into a neighborhood where they believed starting a business alternative for prostituted women would be a hallmark of freedom. We believe them. I believe them. So now I’m here with my small team, and a much larger team of creatives and entrepreneurs and brilliant minds waiting back at home, because Freeset is the recipient of any profit that comes from the first volume of this new magazine.

We climb the steps and weave through turquoise, magenta, radiant orange—our shoulders brushing against hanging sheets of beautiful textiles, braided ropes, and women who are bustling past on mission. Wildly brave women and their sewing machines, their production tables, their jute bags and screenprints. An incubator of freedom and investment and audacious hope.

A woman looks up from her sewing machine, points to my stomach where the baby is growing, and she smiles. She reaches for my arm and holds on.

We wind through the open-air hallways and finally pile into a small kitchen where one family resides. A couple from New Zealand, my age, with their two boys, not far from the ages of my own. They’ve created their home within the walls of Freeset, planted themselves amidst the brothels and turmoil of these street. A little red toy truck is at my feet where one child plays. They serve us coffee, tell us how they got there, tell us why they stay. And with their stories and hopes and confessions I fall deeper into belief—a belief I’ll take home to share: that all this is a fight, a daunting and desperate fight. But it is happening, and the circles of hope are spreading, and it will not be stopped.

Because when a women looks up from her career as a loved seamstress and she is no longer a slave, is no longer tortured, is no longer condemned as worthless but rather as an incredible women set free—you know the entire fight is worth it. 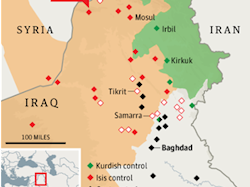 Understand the issues that matter to you.