When we think of child soldiers, the first image that comes to mind is that of an African boy with a camo uniform and a large gun (usually portrayed as looking bigger than him). Perhaps we also picture a group of Afghan boys receiving military training in a school classroom. We are shocked by children’s use of modern automatic weapons fighting in some of the most brutal wars in our world today. But we would be more shocked if we knew that child soldiers have been the norm throughout history, with the earliest references of minors being involved in conflict in ancient philosophy and literature dating back to at least the Middle Ages.

The proliferation of small arms, the effectiveness of children to follow orders and obey, poverty, ideology and propaganda seem to have contributed to the issue of using children as soldiers. However, it was not until recently that the “child soldier problem” was addressed on an international scale.

So what changed, and when did people start changing the way child combatants are seen?

Before addressing those questions, we must first look at how the definition of a child has changed over time and across cultures. The first international standards set 15 as the minimum age for direct participation in armed conflict and is accredited to the 1949 Geneva Conventions and the 1977 Additional Protocols. What the Additional Protocols did was to take out the “direct” characterization and include the prohibition of recruitment for minors under the age of 15. For UNICEF and the UN, the earliest instance that “started” the campaign to stop the use of child soldiers is Graça Machel’s 1996 report on “The Impact of Armed Conflict on Children.” In her report, Graça highlighted the disproportionate impact of war on children and identified them as the primary victims of armed conflict. However, the norm started changing decades earlier.

In 1967, Lorraine Schneider, mother of four and printmaker, created one of the most emotionally charged posters of the Vietnam War era out of concern that her eldest son would be drafted into the army. The picture she came up with was a flower with a message that stated “War is not healthy for children and other living things.” This picture was used as an anti-war campaign and gained wide support from the national community. A little over two decades later, in 1989, the Convention on the Rights of the Child of 1989 attempted to raise the bar to 18 but encountered opposition from the major world powers (including the United States and Britain).

Graça’s report created the momentum needed to include children in armed conflict concerns into mainstream policies, priorities and programs of the UN and beyond. The International Committee of the Red Cross joined with Amnesty International, Human Rights Watch, International Save the Children Alliance, Jesuit Refugee Service, Quaker UN Office and Terre des Hommes to create a coalition to set 18 as the minimum age of military recruitment and involvement. In addition, the coalition set guidelines for direct or indirect activities, national and international wars and accepted recruitment practices.

The Coalition to Stop the Use of Child Soldiers worked really hard since its inception to bring the issue to the international agenda. It created a briefing booklet geared toward diplomats, NGO activists and the public, stressing the scale of the child soldier problem, the short- and long-term negative impacts on the lives of children and the inadequacy of existing international standards.  Additionally, it organized several regional conferences to establish a strong base upon which regional organizations could communicate and form regional networks. In 2000, the Coalition finally pushed for the passing of the Optional Protocol on the Involvement of Children in Armed Conflict which raised the minimum age for voluntary recruitment to 18 years and recognized the special protections people under the age of 18 were entitled to.

Well, as I mentioned before, children are trusting, vulnerable and often intimidated. In combat, children are easier to train; they can be daring and tenacious, particularly when under the influence of drugs – a common practice. Children are used as combatants, scouts, messengers, minesweepers, bomb-makers and suicide bombers. Girls, furthermore, might be forced to be the armed groups’ sex slaves, or ‘wives’ as they call them. They often serve as cooks and porters. Girls are said to make up an estimated 40% of all child soldiers (War Child). In countries such as Colombia, illegal armed groups insert IUDs and offer mandatory injections to prevent girls from getting pregnant. In some other countries, if a girl gets pregnant, they may take the baby away from her and get rid of it.

Where are child soldiers used?

The United Nations Office for Children and Armed Conflict’s last annual report presented information about grave violations committed against children in 23 conflict situations, where at least 49 armed groups are said to have been responsible for these violations. These violations include recruitment and use of children, sexual violence against children, killing and maiming of children, attacks on schools and/or hospitals and attacks. This image shows just that but separates those situations on the agenda of the Security Council and those that are not.

There have been estimates that a few hundred thousand children, from 200,000-500,000, are involved with fighting forces as child soldiers. However, this figure is outdated, if not inaccurate. Being invisible in nature, child soldiers are hard to find estimates for since estimates are not available for all situations of conflict, states Nick Scarborough from Child Soldiers International.

In the next few weeks, you will be learning more about what is being done for former child combatants, particularly on the situation of the armed conflict in Colombia. After war, children have to come back to a new reality, a new world and a new war.

These are all critical questions that one needs to consider before digging into the work of rehabilitating and reintegrating these children, or even understanding how important this issue is. It is especially important in Colombia since the president is planning on concluding peace talks with the FARC – the oldest and largest group among Colombia’s left-wing rebels – in March of this year. Soon, there will be a massive wave of demobilized soldiers, and it is questionable that the government has the resources and infrastructure to support these individuals and address the conditions that initiated the conflict in the first place. 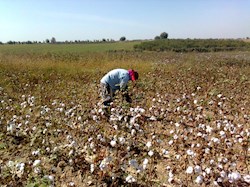 Host a Movie Night and Watch Beasts of No Nation

Invite some friends over to watch and discuss the film, BEASTS OF NO NATION. This Netflix Original Film is based on the highly acclaimed novel by Nigerian author Uzodinma Iweala, bringing to life the gripping tale of Agu, a child soldier torn from his family to fight in the civil war of an African country.