“The way we think about problems is extremely sensitive to the language used to describe them.” - Deborah Stone, Policy Paradox

Language is fundamentally how we as humans communicate meaning. We choose specific words to mean specific things. It is also possible, however, to use specific words and be unaware of the meaning that can be (mis)interpreted from them. In the anti-slavery and anti-trafficking movement, there are two key words that we need to inspect: slavery and trafficking. What are we communicating when we use these words? In essence, what is their meaning?

Typically, when we want to know the meaning of a word, we look them up in the dictionary. And yet, for social problems like racism, poverty, homelessness, human trafficking, and slavery, the meaning we are looking for is not exactly the dictionary definition. We are looking to define the problem in a myriad of ways. What does it look like? What causes the problem? What are its impacts? The definition of human trafficking and slavery will differ based on the purpose of the definition. Stated another way: the words slavery and human trafficking have taken on many meanings. If you ask someone “what is human trafficking and how do you define it?” you will get different answers based on who you are asking and what their agenda is. This in and of itself is not a malicious act. It is strategic. Each of us will use the definition that best suits our goals and desired outcomes.

To be transparent, my goal and desired outcomes for this blog post is to reveal what I assess is the function of the current uses of the terms slavery and trafficking.

In 2000, the United States passed the Victims of Trafficking and Violence Protection Act. This is commonly referred to as the TVPA. In this law, human trafficking was given a specific legal definition. One component of the definition that tends to be widely circulated in the United States is: “the recruitment, harboring, transportation, provision, or obtaining of a person for labor or services, through the use of force, fraud, or coercion for the purpose of subjection to involuntary servitude, peonage, debt bondage, or slavery. ” This definition is often broken up and portrayed like this:

What is implicit and unstated in this definition is that this describes the perpetrator’s actions, means, and purpose. The U.S. TVPA's definition of human trafficking is a perpetrator-centered definition. While it alludes to what happens to a victim, it is primarily describing the actions of someone who is enacting a crime. What this means is that the law is written for the purpose of identifying the criminals who engage in human trafficking.

What is the problem with this, you might ask? The problem is that this definition fosters and encourages a criminal justice approach to intervention. If we define human trafficking as the actions of a perpetrator, than the perceived “natural” response would be to catch the perpetrator(s) and put them in jail. Again, what is the problem with this? One, human trafficking is such a complex issue that the solution can not and will not be to put all perpetrators in jail. Two, a criminal justice focused and perpetrator-centered response is not often a victim-centered response. If we are focused on putting “bad people” in jail, then we are not focused on providing long-term rehabilitation services for victims. Moreover, victims' health and safety are often jeopardized in the criminal justice process.

Need for a Victim-Centered Definition

1. Slavery has existed since the beginning of time and it is not a new phenomenon. Human trafficking is a broad term that encompasses the activities just outside of slavery, which are categorized as “slave-like.” The best way to understand this is to think about the Poverty Line. The U.S. government releases a standard for what constitutes official poverty in the United States. If someone has $1 more than the poverty line, are they any less poor than someone who is $1 under the poverty line? Slavery and human trafficking are similar. At what point does a perpetrator's actions cross over from “slave-like” practices to full on slavery? The term human trafficking, and the legal and social meanings assigned to it, attempt to categorize all the perpetrator actions that resemble slavery or slave-like practices.

2. If we compare slavery and human trafficking, we need to be clear about whether we are talking about slavery as an institution, slavery as an economic activity, or slavery as the condition of the person being enslaved.

3. The definition for slavery as an economic activity, or the slave-trade, is outlined by the Centre for Human Rights Geneva as “all acts involved in the capture, acquisition or disposal of a person with intent to reduce him to slavery.” This definition comes closest to the legal definition of human trafficking.

Slavery is a social phenomenon existing on the far end of a continuum of oppression, where human beings completely dominate and exploit other human beings and this domination results in physical, psychological, and interpersonal trauma; financial and social instability and inequities; and dilution of the fundamental principles of democracy.

As Kevin Bales has written, slavery is both an economic and social phenomenon. Human trafficking and slavery are not merely harmful because there are criminals running around. Human trafficking and slavery are fundamentally problems because they cause harm. Thus, the definition needs to convey the social and interpersonal impact. It is the harm that is done to people, societies, and the environment, that advocates and social service agencies are working day in and day out to address.

As we move forward in our efforts to address human trafficking and slavery, it is important that we understand what we mean when we say these words. We need not overdramatize or under-dramatize a social issue in order to gain public support. We only need to speak the truth about what is happening. Not everything is slavery, and that's okay. In fact, that is a good thing. However, this doesn't mean that the activities just outside of slavery aren't as horrendous. They are. It also doesn't mean that oppressive actions a little further from slavery aren't also horrendous. They are. The adage “don't compare apples to oranges” is useful here. We can acknowledge that both apples and oranges are fruit, and yet they are different. There are many atrocious crimes, labor rights and human rights violations. Each of them still have their own flavor and experiences and we would never call an apple an orange.

The truth is, the language that has been used in “the movement” has gone awry. There have been misinterpretations and misuses of the terms human trafficking and slavery. I hope this article helps us get back on track. 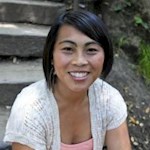 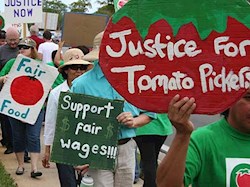 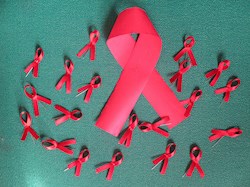 Send a Letter to Companies

Ask your favorite companies to examine their supply chains