As someone who grew up in the West, I find it is easy to quickly pass judgment on people from other cultures for the decisions that they make. When I read this article on mothers who sold their daughters into sex trafficking, I never thought that I would ever struggle to feed my family for so long that I would even consider such a thing in order to survive. The only thing I and many others on the internet did was condemn these women for their decisions, instead of focusing on the situation that caused them to have to make that decision.

This judgment also comes out when I hear of anyone being forced by their parents to marry; so, I did some research on why many parents forced their children to marry. While I still very much disagree with some of these reasons, I started to approach these cases with cultural relativism. After all, I did not grow up in a culture where honor is the biggest thing to be lost in a family or where the gender hierarchy is more pronounced.

In certain cultures, the honor of a family is the most important thing to keep intact. This is done by strategically marrying children off for the benefit of the family and controlling women’s sexuality. By marrying children to other family members or other high standing families, a family can improve its status and keep inheritance rights within the family. The honor of a family is weighted heavily on the proper sexual behaviors of its female members, so early marriage of young girls is common.

Here in the United States, a judge can approve the marriage of an underage girl because of a pregnancy. It is believed that an unplanned pregnancy can be made right if the girl is married to the father of her child. The reason for this lies in family honor as well as the illusion of protection.

Being poor is the underlying cause for so many of the world’s issues. Whenever families are offered a large sum of money in exchange for their daughter’s hand, it is hard to refuse. One such story comes from a case in Canada.

The first was a girl from (a country in the West Indies). She was 13 years old at the time and was forced to marry a 49-year-old man. He was a Canadian (francophone Quebecer) who went on vacation to (a country in the West Indies). He met the girl. He asked a friend from Quebec who was there whether he knew her and so on, and ultimately the man went to see the girl's parents. He offered them money. So that was forced, in my opinion, in the sense that the family, which was very poor, was in economic need. So they accepted $5,000 U.S. in exchange for letting the girl marry him. There was one condition in the marriage contract, which was that the family asked the man not to touch the girl sexually before she was 15, which he did not abide by. We believe that steps were undertaken for her immigration and the husband sponsored her, brought her here and once that young girl was here she was subject to violence - sexual violence and physical violence.

Whenever a woman is raped or has sex outside of marriage, in some cultures, the blame falls directly onto the woman. In many cases, she is outcast from her society with no way to make a living or marry. Many parents want to protect their daughters from this fate no matter what the cost. By marrying their daughters at young ages, they believe they are protecting any unwanted sexual violence or acts with their daughter. 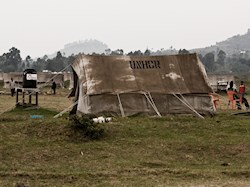 "Three Years and a Baby"

Learn About Forced Marriage in China