Human trafficking is a silent predator swallowing the innocence of our children as it profits from the pain and suffering of its countless victims. Lurking in the shadows of humanity, the evil that is human trafficking knows no boundaries and surpasses gender, socioeconomic status, ethnicity and race. The fragile nature of our reality is too often torn apart by the revelation of the horrific nature of human trafficking. Victims endure a lifetime of ravaged innocence and broken hopes and dreams even if they are able to escape alive which seldom, if ever, happens. We must unite as a society before the next innocent victim vanishes into the world that is nothing more than rape for profit.

Our children are being thrown into the darkest abyss of humanity, and some have been lost in a broken system. In 2010, Los Angeles officials reported that 59 percent of juveniles arrested for prostitution were in the foster care system. The National Center for Missing and Exploited Children reported that 60 percent of the children who are reported missing – most who are also likely sex trafficking victims – were in foster care or group homes when they ran away.

For seven long years, from the age of five until the age of twelve, I was trafficked by a pedophile ring. My escape from the grip of this evil organization would only be found through a sacrifice few can imagine. The story of how I became a victim of child sex trafficking began before I was born, even as I grew inside my mother’s womb. Pregnant at 17, my mother used alcohol as an escape from the abusive environment she endured as a child. My biological father swept her off her feet as she pursued a nursing degree, and before long, both dropped out of school to prepare for my impending arrival. It was the 1960s, my father joined the army to support his new family and he was quickly deployed overseas. For three years, my father remained a shadow in our lives returning home for only short periods of time. It was the end of my father’s enlistment that would usher in the chaos that would consume my life and send me down a path so dark that I would barely survive.

Unemployed with a wife and young child, my father’s anger began to dominate our lives. The moment is still etched on my brain when I first saw my father hit my mother. My world stood still as his rage swept through our lives like a summer storm. Soon, the apologies and promises of a change in his behavior slowly faded and was replaced by the explosion of violence that echoed through the chambers of our hearts and in the depths of our souls. As a child, I became an expert at finding hiding places. One of my enclaves was a closet where I would hide beneath my mother’s coats until the sound of my three-year old heart breaking revealed my location and delivered me into the storm of my father’s rage.

My parent’s eventual divorce was a cataclysmic force that would rival any natural disaster and escalated my mother’s addiction to alcohol. My life became a rudderless ship whose sails rose and fell at the whim of my mother’s addiction to chaos. She would often disappear for days at a time leaving me with her parents only to return unexpectedly as if nothing had ever happened. Eventually, my mother met a man who on the surface appeared to be the answer to my prayers. I finally thought the fairytale I had dreamed of having a stable family was coming true. My mother’s new boyfriend brought me gifts and took me to sporting events, and soon, he and my mother were married. In the beginning, I welcomed the hugs and affection I received from my mother’s new husband, but his actions took a much darker turn. He began molesting me, using threats of violence against my mother and me to keep my silence. He also began using me for child pornography, and when my absolute compliance was secured, he introduced me to the pedophile ring he belonged to.

For my initiation into the child trafficking ring the pedophiles ran, I was beaten and raped by each of the members. At the age of five, I became a slave to the darkest depths of depravity. The clients that employed their services were pillars of society, people who would sit next to you in church on Sunday. For seven years, I suffered under the yoke of sexual slavery and when I tried to speak out, I was severely punished each time. On one occasion, I was being treated for cuts and bruises resulting from a particularly violent client, and I whispered to the Emergency Room doctor that I desperately needed help. When I returned from the hospital visit, I had three of my ribs broken as a lesson to keep quiet. The doctor had told the trafficker who accompanied me to the hospital that I was making up stories about being abused.

At the age of 12, I stood in my mother’s rose garden with a bottle of sleeping pills in one hand and a bottle of vodka in the other. In the distance, wisps of smoke escaped from my parent’s house as the filing cabinets that contained my stepfather’s collection of child pornography burned. My last act had been to pour vodka over the evil vault of my stepfather’s depravity and then set them on fire. As the pills swirled down my throat washed down by the vodka, I laid down among the roses my mother so desperately treasured. The warmth of the ground began to carry me away, and soon, I felt a peace that I had never felt before. As the world began to slip away from me, I was pulled into the depths of an intense white light. I journeyed through space and time as the story of my life played all around me, and the voices of all those who had both tortured me and loved me spoke in a never-ending chorus.

Suddenly, I was standing on a far-reaching plane of white fog, and I felt a presence that comforted me at my very core. A familiar voice spoke to me that resonated not only in my mind but also in the depths of my soul. It spoke to me as a long lost friend, and I immediately realized that it was the voice of Steve, my friend who had died at the hands of the sex traffickers who had enslaved us. “This is not your time, and your pain in this world will no longer define you. It will guide you to who you were meant to be, and you will find a purpose in your life that will not only wash away the pain of your own life but that of others who have suffered under the evil that lurks in the world,” the voice said.

I awoke in a hospital emergency room as wide-eyed doctors stood over me. They had pronounced me dead three minutes ago, and a priest was entering the room.

From that day forward, it was as if my soul was encased in celestial armor because there was nothing anyone could do to me that could douse the flame that raged inside my soul and that would drive me to change the fate not only of myself but also of others who were suffering in silence. I would not permanently escape the grip of the organization until I joined the United States Marine Corps when I was 17. I never looked back.

Since that day in the Emergency Room, I wake up every morning with a passion and determination to fight those who victimize and enslave innocent children. I was able to see the organization that enslaved me begin to be dismantled with the help of individuals with whom I made contact while serving in the military, but that is, as they say, a story for another day.

I sincerely believe it is through God’s intervention that I am here today as a survivor of human trafficking and not a casualty. I stand here today not only as a survivor but as a living testament that there is always hope and a light inside all of us that no one can extinguish. My prayer is that I can save at least one child from the hell I endured before it is once again time for me to hear the voice of my friend Steve. 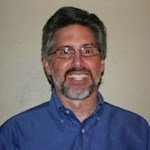 Jerome Elam was raised in the south and joined the United States Marine Corps at the age of seventeen and spent the next eight years seeing the world. After his enlistment was finished Jerome attended college and graduated to work in the Biotechnology sector. He is a veteran of the United States Marine Corps and a survivor of child abuse, child sex trafficking and child pornography. He is also the child of an alcoholic and child survivor of domestic violence as well as a child of divorce. Jerome has struggled against many things in his life and somehow has found a way to survive. Writing is his passion and it keeps him in touch with the wealth everyone holds deep inside their hearts and minds. Jerome shares his experiences in the hope that those suffering in silence will find the courage to speak out and share their voices. Jerome states, “I have been blessed to have God reveal his purpose for me in saving innocent children from predators. ” Jerome is a Staff Writer and Columnist for Communities Digital News. Read my column here: A Heart Without Compromise; Advocating for Children: http://www.commdiginews.com/column/a-heart-without-compromise-advocating-for-children-2/ Stories by Jerome Elam : Contently jeromeelam.contently.com Facebook: http://on.fb.me/199Eb93​