In 1943, during World War II, Catholic Relief Services (CRS) first began its work focused on the resettlement of war refugees in Europe. The Roman Catholic Bishops of the United States established CRS to help war-torn Europe and its refugees recover from this great conflict. Even today, 70 years later, our mission continues to focus on the poor overseas, using the gospel of Jesus Christ as our mandate. We continually seek to help those most in need, providing assistance on the basis of need, without regard to race, creed or nationality.

In the 1950s, as Europe regained its balance, the agency began to look to other parts of the world, seeking out those who could benefit from the assistance of Catholics in the United States. And for the next two decades, Catholic Relief Services expanded its operations and opened offices in Africa, Asia and Latin America.

During this time of expansion, CRS built on its tradition of providing relief in emergency situations and began to seek ways to help people in the developing world break the cycle of poverty through community-based, sustainable development initiatives. These programs, which today include agricultural initiatives, community banks, health education and clean water projects, ensure that the local population is the central participant in its own development and that a project can be sustained through the effort and resources of the local community.

In the 1990s, the presence of Catholic Relief Services in the aftermath of natural disasters like Hurricane Mitch in Central America or man-made tragedies, such as Kosovo, is complemented by a continuing commitment to the development of civil society in these areas. With over a half-century's worth of experience overseas, Catholic Relief Services understands that rebuilding societies requires more than mortar and bricks. Through its work, the agency seeks to foster within the U.S. Catholic community a sense of global solidarity, providing inspiration to live out our spiritual tradition of compassionate service to the world.

Today, in the early years of a millennium and with renewed commitment to the most vulnerable members of the human family, we continue to reassess our mission. We do so, ever mindful of fulfilling our gospel mandate in a way that most clearly reflects the principles of Catholic Social Teaching, the foundation upon which our work is built.

"Catholic Relief Services carries out the commitment of the Bishops of the United States to assist the poor and vulnerable overseas. We are motivated by the Gospel of Jesus Christ to cherish, preserve and uphold the sacredness and dignity of all human life, foster charity and justice and embody Catholic social and moral teaching as we act to:

As part of the universal mission of the Catholic Church, we work with local, national and international Catholic institutions and structures, as well as other organizations, to assist people on the basis of need, not creed, race or nationality.” 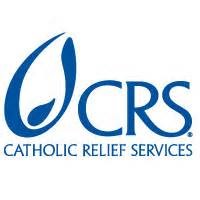 Educate Yourself about HIV/AIDS and Human Trafficking

July is National HIV Awareness Month. Honor it by learning about how trafficking victims are at increased risk of becoming HIV positive.