Covenant House opened its first residence in Guatemala in 1981 and grew over the years to become a safe haven for thousands of boys and girls who found themselves homeless, abused, abandoned, or exploited. In January of 2009, Covenant House was forced to close its program in Guatemala due to lack of funding, but was able to reopen later that year with a program dedicated to trafficked and sexually exploited girls. Our new program, known as "La Alianza" or "The Covenant,” was opened in December of 2010 as a safe house for girls between the ages of 12 and 18. The residence initially housed 12 girls but has expanded over time to serve trafficked and exploited teen moms as well.

Guatemala is a hotbed of human trafficking. As the 2012 U.S. Department of State Trafficking in Persons Report aptly states, "Guatemala is a source, transit, and destination country for Guatemalan men, women, and children who are exploited in sex trafficking and subjected to forced labor." Human trafficking in Guatemala affects the most marginalized and voiceless populations, especially homeless youth, thus the work of Covenant House in Guatemala over the past 32 years has had great importance in helping hundreds of trafficking victims seek protection, legal support, rehabilitation and other services.

Currently, La Alianza operates one residence which houses an average of 50-60 girls and their babies. The girls are provided with the same host of services that are a part of all of our programs in Latin America. La Alianza is hoping to find the funds to open a similar facility for trafficked boys.

In addition, La Alianza began a Human Trafficking Prevention and Education Program in 2009 to encourage awareness of the prevalent issues involved in human trafficking. Since then, La Alianza’s Public Education Team has trained over 6,000 citizens, including teachers, community leaders, parents, children and teens. In addition, more than 1,000 members of the National Police have been trained in the Guatemalan anti-trafficking law and how to enforce it accordingly. La Alianza has gained recognition for its Advocacy Program and the extensive work done with the media, awareness and education campaigns, and coordinating with other organizations to prevent trafficking of children and protect the human rights of children in Guatemala.

“We who recognize God's providence and fidelity to His people are dedicated to living out His covenant among ourselves and those children we serve, with absolute respect and unconditional love. That commitment calls us to serve suffering children of the street, and to protect and safeguard all children. Just as Christ in His humanity is the visible sign of God's presence among His people, so our efforts together in the covenant community are a visible sign that effects the presence of God, working through the Holy Spirit among ourselves and our youth.” 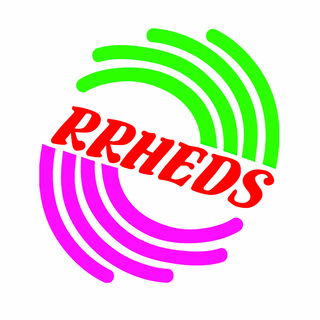