Made in a Free World

Justin Dillon is an artist, entrepreneur, public speaker and abolitionist. In 2008, Dillon made his directorial debut film CALL+RESPONSE. This “rockumentary” film was theatrically distributed and became one of that year’s top documentaries. The film combined commentary by social luminaries such as Cornel West, Madeleine Albright and Nicholas Kristof with musical performances by artists such as Moby, Natasha Bedingfield, Cold War Kids and Matisyahu. Dillon followed up by producing the CNN documentary Common Dreams. In the film, Dillon and Grammy award winning hip-hop artist Common traveled to Haiti to witness the plight of the estimated 300,000 children there working as domestic servants. The film aired worldwide to over 240 million homes. In 2011, Dillon founded the website Slavery Footprint. Partnering with the U.S. State Department, they launched a multiple award-winning website that asks the question, “How Many Slaves Work for You?” The website and the associated mobile app allows consumers to visualize how their consumption habits are connected to modern-day slavery and provides them with an opportunity to have a conversation with the companies that manufacture the goods they purchase. Last year, President Obama acknowledged the organization’s work in his speech on slavery to the Clinton Global Initiative.

Made in a Free World provides individuals, groups and businesses with innovative solutions that can end the system of slavery. 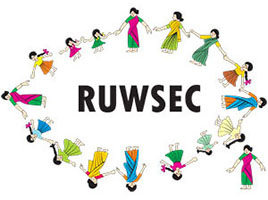 Learn How to Talk to Children About Modern Day Slavery

Want to discuss modern day slavery with children but not sure how to do it? Check out these helpful tips on how to frame you anti-slavery conversation.