Our HISTORY: At the end of 2009 a symposium was held at the British High Commission to engage relevant high level stakeholders on the topic of human trafficking. Cheri Blair was the guest speaker and the event was made possible by Thare Machi Education. One of the outcomes of the event was the need for all the parties that play a role in preventing and dealing with human trafficking to work together nationally, as the nature of the crime requires a joint response if it is to be addressed effectively.  During 2010, research and workshops were conducted to determine a base for the network and to identify which critical gaps and strategic imperatives should be addressed. The National Freedom Network (NFN) was formally launched in May 2011 and has since grown into a solid national network of counter-human trafficking role players across South Africa.

Our VISION is to establish and maintain a national Network of role players and stakeholders working together against human trafficking.

Our MISSION is to serve the Network through empowering, equipping and encouraging Network Partners. We do this by being a point of connection, a channel of communication and a network of collaboration for the counter-human trafficking community. 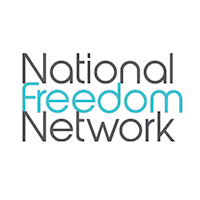