NEST Foundation was founded in 2004 by Libby Spears while she was directing PLAYGROUND: The Child Sex Trade in America, a documentary film produced by George Clooney, Steven Soderbergh and Abigail Disney that investigates the underground epidemic of child sexual exploitation and trafficking in North America.

While filming, we learned:

• That the U.S. is the number one destination for American men seeking to buy sex with a child and that the vast majority of children who had been trafficked had experienced some form of sexual exploitation in the past.

• In the United States, child sex trafficking is a multi-million dollar industry with an estimated 100,000 – 300,000 children at risk every year.

At Nest Foundation, we know we must do better for the children in our neighborhoods. By working directly with communities across America, leading change makers and young people we can foster a world that is safe for every child.

NEST’s mission is to comprehensively advance the movement to end all forms of child sexual exploitation, including sex trafficking, starting in the United States. Using the documentary film, PLAYGROUND, Nest educates youth, engages communities and supports victims of exploitation and trafficking with emergency aid. 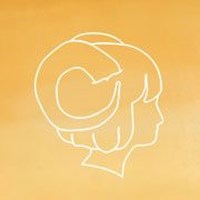