To any who have been privileged enough to meet Nhu, these are a few of the many wonderful qualities that she reveals. The smile on her face shows the hope she has been given, the forgiveness she has extended, and the love of Jesus she has experienced. However, to fully understand how special the smile of this young woman is, it is important to go back. To understand Nhu’s story is to understand in a profound and beautiful way, the heart of God.

Her childhood was much like many other children in Cambodia. Nhu grew up in a shanty town, being raised by her grandmother. Her grandmother struggled, as many do, to provide for her famlily. But Nhu loved her grandmother deeply and was thankful to have her as family. Her home was made of wood planks, covered by a blue tarp, and had many holes big enough to put your hand through. All of the other homes that surrounded her were the same as her grandmother's. Next to her home was a toxic river. Although it was water, it looked more like dirty oil. This was what was familiar to Nhu as a young child. This was all she knew.

She attended a Vietnamese school, which costed roughly 10 cents per day. There she met somebody who would forever impact her life. Her teacher, Thrang, introduced Nhu to Jesus when Nhu was seven years old.

At the age of 14, Nhu obeyed Jesus’ command, and was baptized. But, following that decision, her life dramatically changed. Her grandmother, partially in due to her decision to follow Christ, sold Nhu to a man for three nights.

Nhu begged the man to not hurt her. She cried out to God. She prayed that this would never happen to any other child again.

At a later time, her grandmother sold her again to the same man.

Nhu’s life was very different after that point. She did not smile very often, as she had done so often before. She was embarrassed to go back to school, fearing the reaction of the other children. She did not have much hope.

What Nhu did not know at this time was that her story was being told. And it was told to a man named, Carl Ralston. God spoke “Remember Nhu” to his heart and Carl obeyed.

During this time, as Nhu was completely unaware of what God was doing in Carl’s heart and life, Nhu had asked her grandmother for some of the money, from the last time of being sold, to use to go to hair and nail school. This would provide her with a trade and keep her safe from the sex trade. Nhu also cleaned the school each day before it started to help pay the balance for her tuition.

Meanwhile, Carl took 6 trips to Cambodia to look for her. Finally in July of 2006, when Nhu was 17, she met Carl for the first time. That meeting would forever change the course of Nhu’s life. Not only was she given hope for a bright future, but a father and mother who would love and support her. Her smile began to return.

Nhu became the first employee of Remember Nhu on Sept. 18, 2006. She helped open our first Children's Home in January of 2007. Then she opened our first business called Agape Beauty Salon in Phnom Penh, Cambodia in July 2008. Nhu was the manager of that salon. Following that, she became a House Mother in 2013, and then opened and managed the first Remember Nhu Vocational Training Center in Phnom Penh, Cambodia in Jan. 2014.

Today if you were to meet her, you would be greeted with that radiant smile once again. She is a young woman who is filled with the Holy Spirit. All who meet her can see the hope, joy, and love that radiate from this young woman. She pours out the love to others that has been so richly given to her.

Her hope is that one day we will all see the fulfillment of the answer to her prayer that one day the things that happened to her would never happen to any other child again.

In the meantime, she serves and does her part, with a warm smile on her face.

Four objectives keep us anchored to our mission:

Meeting physical needs: Children with little to no shelter or food and not even basic medical care are at risk of being sold. Meeting the physical needs of children protects them from the sex trade.

Meeting educational needs: When honest, sustained work is an actual possibility, the financial allure of the sex trade industry lessens immensely. A quality education and/or practical vocational training gives children the means to opportunities for a future.

Meeting emotional needs: Children disconnected from the loving care of concerned, responsible adults are at risk. To grow and nurture children inside the love of a family protects them from the sex trade.

Meeting spiritual needs: Children deprived of any real, lasting hope are at risk. When introduced to the incomparable love of Jesus Christ, children are introduced to a new and accurate vision of themselves: that they are of deep, intrinsic, and eternal value. Remember Nhu and its partners, however, are equally committed to and will never discriminate against or withhold care from a child of a different religion, worldview, or persuasion. 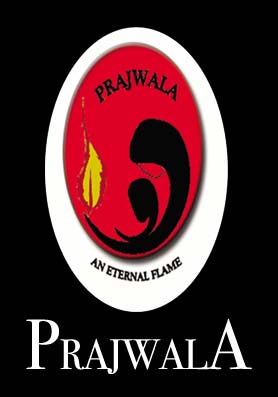