2011 As a result of the work of the Suffolk County DA's Support to End Exploitation NOW (SEEN) Coalition, of which RYI is a founding member, on November 22, 2011, Governor Patrick signed Massachusetts' new human trafficking legislation which defines child sexual exploitation as trafficking of a person under 18 for sexual servitude, punishable by five years to life imprisonment. The legislation also establishes a civil remedy for victims to sue perpetrators — for rape, torture, and terror. This is a major victory for the children of the State of Massachusetts and the participants of our GIFT Program.

2011 Thirty years of assisting system-involved community youth get on a positive track to adulthood.

2005 Awarded the Dimock Street Lead Area Agency contract from the Department of Children and Families. Created a unique service and administrative management model in partnership with Communities for People, Inc.(CFP) which could become a national model for capacity building.

2005 Renewed $1.2 million dollar contract with the Department of Youth Services (DYS) for all of Boston’s Community Re-Entry Centers (CRCs).

2005 Opened the Still We Rise Building, an all-female youth programming center home to the Female Focus Initiative and A Way Back programs.

2005 Participated in Community Gems – Boston’s first and only collaborative fundraising event - with five other agencies and raised $250,000.

2003 RYI, in partnership with the U.S. Attorney’s Office, Stop Handgun Violence and a coalition of federal, state and community law enforcement partners embarked upon a gun violence reduction campaign to reduce the level of urban firearm violence throughout Massachusetts.

2003 RYI, in partnership with the MA DSS, created the A Way Back program to target chronic run-away youth known to be, or at-risk of being sexually exploited for profit.

2000 RYI created the Youth Citizens Council (YCC) to serve as a youth-led leadership and advisory team.

2000 RYI, in partnership with The Boston Coalition Against Drugs and Violence and the DYS, created the Female Focus Initiative, Boston’s only re-entry initiative serving adolescent females in the community.

1999 RYI, in partnership with DYS, created the Angell Street Transitional School to provide alternative educational services to both DYS and community youth.

1998 RYI, in partnership with the MA Department of Children and Families (DSS), implemented P.A.S. to better serve bi-cultural and bi-lingual adolescent clients and their families.

1997 RYI partnered with Federated Dorchester and ESAC to create a GED Plus Program.

1984 RYI, in partnership with the MA Department of Mental Health and the Roxbury and Dorchester District Courts assumed administrative responsibility over the Roxbury Juvenile Court Clinic to provide clinical assessments to court involved adolescents.

1981 Roxbury Youthworks, Inc. (RYI) was incorporated as a 501©3 by Judge Julian Houston to offer community based alternatives to youth served through Roxbury District Court.

Roxbury Youthworks, Inc. (RYI) is a community-based non-profit organization. Our mission is to help youth caught in cycles of poverty, victimization, and violence to transition successfully to adulthood. - See more at: http://www.roxburyyouthworks.org/pages/about.html#sthash.ZSevj7ZK.dpuf 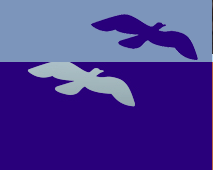 Visit Blue Campaign to see a list of human trafficking awareness events near you.

History of Prostitution and Sex Trafficking in Thailand

Prostitution flourished especially after the abolishment of slavery in 1905 as former slave wives under the feudal system found themselves alone and without financial support.