The Bay Area is a top destination point for trafficked victims. The Bay Area’s major harbors and airports, its powerful economy and accelerating population, its large immigrant population and its industries make it vulnerable to human trafficking.

To ensure the protection of victims, the prosecution of offenders and the prevention of human trafficking and slavery through an effective coordinated partnership 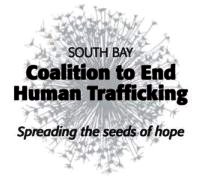