In 2007, Jesse Bach traveled to Nepal to volunteer with Nepal Orphans Home. That first year he spent a month in Western Nepal working with girls rescued from the kamlari system (child slavery/indentured servitude). Jesse returned to America changed, dedicated to helping the children who had given him a new outlook on life. Through a simple twist of fate and a missed yoga class, a very good friend of his pointed him in the right direction.

That first attempt was a whirlwind, recruiting a mass of volunteers from the yoga community of Greater Cleveland; only two months after Jesse’s return, there was a benefit held to honor the work of Nepal Orphans Home. That first year, enough money was raised to provide for “The Cleveland 15,″ a group of girls rescued from the kamlari system. They were moved to the Kalpana House within the Nepal Orphans Home system.

There have been quite a few fund and awareness raising events since then, and there will be more to come. As long as there are children forced into servitude, Imagine will work to be their voice. We will continue to raise funds and awareness to provide for their well being and to peacefully fight for their freedom. 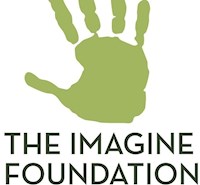