TraffickFree - Save Our Adolescents from Prostitution (SOAP)

Theresa Flores is a survivor. As a 15-year-old girl in a well-to-do white suburban neighborhood, Theresa survived two years of living hell being trafficked to men in their 20's and 30's. She was an avid track runner, an older sister to three younger brothers and looked like an all-American girl. No one, not even her parents, knew she was being trafficked for sex.

Twenty years later, Theresa is speaking out on the reality of human trafficking in the U.S. She is the author of The Slave Across the Street, a USA Today and Wall Street Journal best seller, and The Sacred Bath. Her new international book, a top seller on the UK Sunday Times list, offers a look into her escape from her traffickers and her struggle to heal.

Theresa has been invited as a guest on The 700 Club, The Today Show and MSNBC's Sex Slaves — The Teen Trade. She has also been featured on Nightline, America's Most Wanted and For the Record.

As a much-sought-after international speaker and expert on human trafficking, Theresa was also appointed to the Ohio Attorney General's Human Trafficking Commission in 2009 and has testified before the Ohio House and Senate in support of anti-human trafficking legislation. Her efforts were a major part of the success of SB235 being passed into law by Ohio Governor Strickland on December 23, 2010.

TraffickFree, founded by Theresa, carries out awareness and outreach activities throughout the U.S. Volunteers can sign up to pass out soaps labeled with the human trafficking hotline number.

TraffickFree is an organization that builds awareness about domestic sex trafficking and sexually exploited children in the U.S. Our purpose is to educate students, parents, professionals and motel owners/staff on the red flags of trafficking and how to identify a victim.

We work in partnership with other organizations to rescue missing adolescents from becoming human trafficking victims. Equally as important is to help survivors heal from the trauma of being trafficked and empowering them to become productive citizens. 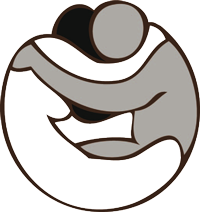