Trafficking Hope was launched in 2007 as an anti-trafficking campaign of the public charity Kingdom Builders U.S., Inc.

Lee and his wife, Laura, founders of Trafficking Hope Inc., traveled with friends to Europe on a human trafficking reconnaissance trip in 2007. The team was looking to start a safe house to help a country's sex trade victims. The Domingues were greatly moved by the atrocities they witnessed and were inspired to help European girls trapped in modern-day slavery. However, months after returning to the U.S., they discovered that human trafficking was also a problem in our own backyard. This realization spurred them to promptly launch Trafficking Hope.

In November 2014, Trafficking Hope announced the expansion of its C.A.R.E.S. Initiative and HOPE Coalition into Texas and Alabama as part of a long term strategy to end human trafficking in our nation.

To eradicate sex trafficking across the globe by bringing awareness and education to local communities on the issue of domestic and international sex trafficking, in addition to providing services to trafficked victims through its Hope House 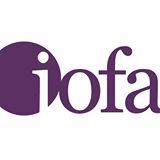