Youth with a Mission

In September of 1996, Richard and Kara Thompson and their children moved to Las Vegas. One year earlier the Lord had begun to speak to them about moving there from Amsterdam. With them was a team of four other adults, and their first task was to conduct an extensive survey of all of the Las Vegas valley pastors and churches. Having a greater understanding of the needs of the city the following ministries were established.

Lost World Rescue is a youth training and inner-city outreach for Las Vegas churches was established in 1997 and is still operating today. Over fifty local groups have been trained and mobilized to do outreach primarily in the inner city.

In 1998 YWAM Las Vegas established the Street Cafe in partnership with churches around the city. By the time it closed in 2004, the Street Cafe had provided over 150,000 meals to the homeless.

The Mission Adventures Program launched in 1999 is a one week training and outreach in Las Vegas, hosted throughout the year for youth groups from all over North America and beyond. Over 2000 youth have been mobilized to come to Las Vegas for community outreach.

Discipleship Training Schools, established 2000-present: is a three month lecture phase to train and equip youth, mobilizing them into missions with an additional two-to-three month cross-cultural international outreach. Over 180 students have gone through our Discipleship Training School (the core course of a degree with the University of the Nations – the YWAM University with 30,000 students per year in campuses across 100 nations). These Las Vegas students have worked on community outreach projects in 17 countries. Most recently in the slums of Jakarta, Indonesia/Nepal, Thailand and Cambodia and in the past such places as tsunami affected areas of Sri Lanka and with inner city immigrants in Paris and Berlin.

From 2001-2007 up to seven after school Bible clubs were held weekly in four middle schools and three high schools – sometimes serving up to 1500 kids per week.

Hang Time established 2002-2005: An after-school homework club for neighborhood kids – aged from elementary through high school. Up to 120 kids came on a regular basis up to 4 times a week in three different locations in the city.

The Point, established 2003-present: is a Filipino community church.

The WISE School, 2004: A secondary school of more intensive missions training with credit from the University of the Nations. Five students trained in Las Vegas with a two month outreach in Hungary and the UK.

RescueNet, established 2004-present: is an international, rapid-deployment disaster response team. Trained 27 YWAM members in disaster mitigation skills including emergency medical, disaster counseling, search and rescue, and refugee reception. Two of those trainees have joined full-time staff locally and are ready to deploy globally at a moment’s notice. Most recently they deployed in response to the tornado in Moore, Oklahoma and the super typhoon in the Philippines in October, 2013.

The Beach House was purchased in April 2006. This was our first purchased property. A big house that is zoned both commercially and residentially. We accommodated staff and students here for small schools and housed our main offices.

Foster Connect, established 2006-present: Was developed to minister to the broad needs of the 3,000 Foster Children in Clark County annually. Their primary mission is connecting volunteers to opportunities, families to resources and families to families. Foster Connect has recruited 100’s and discipled dozens of families in how to foster kids in the Las Vegas valley as well as helped place over 300 foster kids into Christian homes. In 2013 they were directly involved with the adoption of 17 kids!

We launched a new YWAM center from Las Vegas with seventeen staff at Pismo Beach/Central Coast California and are currently developing other locations around the world, including a YWAM campus in Lucknow, India.

School Of Apostolic Pioneering (SOAP), established 2007-present: This University of the Nations course came out of Las Vegas. Its purpose is to equip students to pioneer new YWAM Ministries and Bases around the world especially to the most unreached places. The SOAP is now running in North America, Africa, and India, and will be launched out to Mazatlan Mexico in the spring of 2014. There are currently 17 new ministries that have been pioneered in India, 7 in the Southern Region of Africa, and 2 in North America in partnership with the SOAP.

Purchase of our current YWAM building called “The Pier,” occurred in December of 2007 with the help of a generous $482,000 grant that was supplied by the City of Las Vegas. The Pier, our community resource center, continues to help around 500 locals per month with grocery assistance and youth mentorship programs. Our base is now a hybrid between a training center and a collection of church and ministry partnerships focused on human trafficking, youth leadership, worship and prayer, and community development.

We have launched and/or assisted in bringing leadership to various networks in our city. Through these we have promoted unity and developed partnerships with, for example, African-American church leaders, Filipino church leaders, the Christian Ministries Network, the Youth Pastors Network and the Global Missions Network, the Worship and Prayer Network and the Citywide Interfaith Network for Combating Human Trafficking.

We have seen over 4,000 people make commitments to Christ in Las Vegas and in the over 35 nations that we have ministered to.

We seek to serve the church by becoming involved in the prevention of human trafficking through education and awareness, for youth groups and whole congregations. Human trafficking is an attack on the family and it’s a subject that, often, many are unsure of how to approach. YWAM Las Vegas seeks to offer churches our knowledge and awareness talks from a strong, faith based perspective that encourages biblical family principles and gives approachable options of getting involved in the fight against human trafficking for various age groups and families who are interested in doing their part. 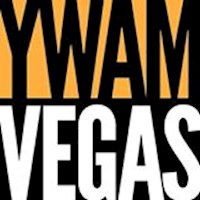 Stand Up to Bullying

Bullying is a problem in many schools. The same young people who are targets of bullies are also at disproportionate risk of falling victim to traffickers.