In 2003, Action Pour Les Enfants (APLE) was established in Phnom Penh, Cambodia as an international NGO. Initially, APLE assisted the police with investigations about street-based child sexual abuse and exploitation and provided pro-bono legal support to victims and their families. As APLE gained more knowledge and expertise in combating child sexual abuse, its operations expanded. In 2005, APLE opened an office in the coastal town of Sihanoukville, due to an increase of suspected child sexual abuse in the area, often committed by traveling sex offenders. In the same year, APLE began offering social support to those affected by child sexual abuse and exploitation after detecting a lack of available services available in Cambodia. The social program was very well received and, to this day, is carried out in collaboration with partner NGOs, such as M’Lop Tapang in Sihanoukville. In 2007, APLE opened a third office in Siem Reap. In 2009, the National Committee for Counter Trafficking elected APLE to co-chair the Law Enforcement Working Group. This working group is a joint initiative between government and civil society organizations tasked to monitor and report on changes in types of crimes, modus operandi of offenders and factors that facilitate trafficking or sexual abuse and exploitation. From 2013 to 2014, APLE undertook a significant organizational restructure to ensure maximum efficiency in its operations. In 2013, APLE centralized its activities and reallocated the majority of its staff to Phnom Penh. The majority of staff now in the provincial offices are investigators. In 2014, APLE updated and reorganized its activities into a child protection portfolio consisting of four core programs and nine projects. Currently, APLE runs four programs: Awareness and Training, Investigations, Social Support and Legal Support.

To reduce all forms of child sexual abuse and exploitation through prevention, protection and promotion of prosecution

Freedom from sexual abuse and exploitation for all children 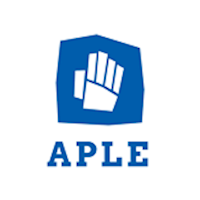