In 1985, a coalition of women’s rights groups called the Joint Action Group against Violence Against Women (JAG-VAW and is today known simply as the Joint Action Group) organized a workshop and exhibition to highlight the phenomenon of “violence against women” in Malaysia. For the first time, rape, domestic violence, sexual harassment, prostitution and the negative portrayal of women in the media were highlighted as matters of public concern. The success of this historic two-day event inspired the formation of several women’s rights organizations, including AWAM. Since then, AWAM has worked tirelessly to advocate for, serve and empower survivors of violence and the wider public. Through our advocacy, AWAM has taken “women’s issues” from the personal and situated them squarely in the public, political sphere. In so doing, we have helped break the silence on gender-based violence. A quarter of a century on, AWAM can proudly claim a role in bringing about a change in public discourse and opinion around women’s rights and seeing through some significant law reforms, namely the Domestic Violence Act, enacted in 1994 and, in 2001, the inclusion of “gender” in Article 8 of the Federal Constitution. But AWAM’s work has not been in the area of advocacy and law reform alone. From the very start, our focus has been on public education and outreach. Over the years, we have developed and run trainings on rape awareness, anti-sexual harassment policy, gender sensitization, women’s leadership and political participation. We also provide counseling and legal aid services to survivors of gender-based violence. AWAM launched the Telenita helpline in 1997.

AWAM envisions a just, democratic and equitable society where all persons, in particular women, are treated with respect and are free from all forms of violence and discrimination. 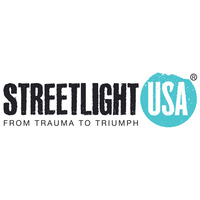 Share information about the human trafficking hotline number with the hotel industry.