Michael is a triple threat: an actor, filmmaker and humanitarian. He has been involved in the fight against human trafficking since 2003 when he encountered victims of trafficking while shooting a film for the SyFy channel on location in Bulgaria. Touched by the real-life story of a 13-year-old Bulgarian girl sold by her adoptive parents and trafficked to Holland for prostitution, Davis wrote and directed Svetlana’s Journey, a film based on her life. Svetlana’s Journey was the winner of the 2005 Hollywood Film Festival Best Short Subject Award and the HDFEST Deffie Award for Best HD Dramatic Film. Davis partnered with the Bulgarian non-profit organization Face To Face, the US Embassy, and corporate sponsor M-Tel to implement an awareness campaign to raise funding for rehabilitation centers and orphanages in Bulgaria while touring the country with the film; he also promoted the airing of Svetlana’s Journey on Bulgarian television.

Michael’s second film, Cargo: Innocence Lost, in 2007, a documentary on sex trafficking in the United States, has been lauded for its effective spotlight on the issue here at home. In 2008, Michael created the I Stop Traffic Awareness campaign using his films as a way to spread awareness, support victims, and organizations. Michael has taken part in dozens of national and international human trafficking awareness events/film screenings with numerous organizations and high-profile figures, such as National Association of County Commissioners, National Foundation of Women Legislators, Salvation Army, Soroptomist, the former first Lady of Egypt Suzanne Mubarek, and Her Excellency Sheikha Sabiqa, the Queen of Bahrain, on their anti-trafficking campaigns. He is the recipient of the prestigious People to People International (founded by Dwight Eisenhower) Make a Difference Award and was honored in a ceremony alongside the prime minister of Albania and the president of Relief International. His work has been featured on CNN, ABC World News Tonight, and The Tyra Banks Show, to name a few.

As an actor, Michael has appeared on Up All Night, CSI: NY, Private Practice, Tyler Perry’s For Colored Girls and For Better or Worse. Michael is the owner of the Journey Film Group Inc., and has directed a series of documentaries as part of the special features for the DVD of the Emmy award-winning television series Mad Men, for Lionsgate and AMC television.

AUSJ is a 501c3 tax-exempt charitable organization that supports the creation and distribution of multi-media content that educates the public, particularly youth, about human rights violations and social injustices. 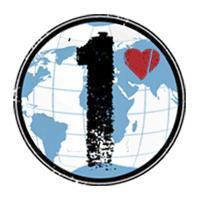 Today, Moldova is regarded as the poorest country in Europe. Moldova is primarily a source country for victims of human trafficking, who are frequently forced to become sex workers in the Middle East.