Since human trafficking involves taking away someone's freedom in order to allow someone else to economically benefit, it is modern-day slavery.

The first recorded group of slaves arrived in the U.S. in 1619. This year, 2019, marks 400 years of slavery in this country. In 2000, the U.S. government passed the Trafficking Victims Protection Act, acknowledging the presence of modern day slaves on U.S. soil. There are similarities between historic slavery and modern day slavery and also many differences. According to Kevin Bales, slaves today are disposable. There is little need to provide long term housing, food, and health care to them. It is much easier to recruit vulnerable youth and adults, exploit them for sex and/or labor and when used up, move on to others who are vulnerable. Modern-day slavery is a lucrative business bringing in upwards of 150 billion dollars.

We no longer openly support slavery in its crudest forms, having abolished pre-Civil War chattel slavery in 1865. However, our acceptance of the new form of slavery is evident. Just as we turned a blind eye to slavery in historic times, we do so today, but in a more civilized manner.

The lash of the whip now comes in the form of our words, our ignorance, and our judgement. For example, underage victims of sex trafficking are sometimes called “child prostitutes” while trafficking victims from other countries are referred to as “illegals” when forced to work on U.S. soil. It was not long ago that the U.S. deported international trafficking victims, thereby denying them justice and ignoring what awaited them when they returned home to traffickers. It was not until 2010 that Ohio passed laws to protect these victims. We would arrest and stigmatize a 14 year old American teen who was forced by an adult to sell sex to another adult. We felt comfortable blaming a child by stigmatizing and incarcerating them. It wasn't until 2012 that Ohio decided to view child trafficking as child abuse.

Furthermore, just because laws change does not mean that our attitudes follow suit. When we stigmatize someone; other them; and make them feel excluded in our organizations, our houses of worship, and our daily interactions; it can feel like a whip across their back. It’s the whip of privilege and ignorance.

In historic slavery the whip was meant to whip you back into submission and to keep you in line. The current form of the whip is meant to whip you into submission and keep you in line. The former could cause immediate death, the current causes a slow death. The former cuts immediately across your back, the latter is death by a thousand cuts, and the cumulative effect is felt just as deeply and over time.

If you haven’t figured it out yet, the issue of human trafficking is not as much about rescue and restore, as the U.S. government claims. Rather, it is mostly about human rights, emancipation, and freedom. These are the ideals we should aspire to uphold in the U.S. and around the world.

It’s a critical time. Instead of trivializing the issue by believing the fight to end trafficking is solely about rescuing victims, let’s end the exploitation and victimization of others. Fighting for freedom means we have to go deeper than that and not compartmentalize our actions for freedom and “do” anti-trafficking work. We need to spend our time on real human rights violations and daily actions to support a pro-freedom and anti-trafficking stance and “be” a freedom fighter in all we do.

Dr. Celia Williamson has been engaged in anti-human trafficking work for over 25 years. She has published numerous articles on the subject and has delivered over 200 presentations at various conferences and events. She founded the first anti-trafficking program in Ohio in 1993 and directly worked with victims in Toledo for several years. She has completed numerous federally funded studies, written several articles and reports, edited 2 books on sex trafficking around the world, and completed her memoir as an anti-trafficking advocate. Additional accomplishments include: Founding the annual International Human Trafficking and Social Justice Conference; founding the Lucas County Human Trafficking Coalition; Chairing the Research & Analysis Subcommittee for the Ohio Attorney General's Human Trafficking Commission; and serving as President of the Global Association of Human Trafficking Scholars. In 2015, she became the Director of the Human Trafficking and Social Justice Institute at the University of Toledo to further the mission of combating human trafficking through research, education, and engagement. Dr. Williamson teaches social work practice, human trafficking, and culture and oppression courses to university students. 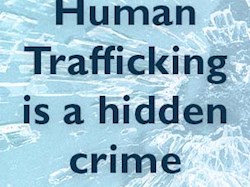 Trafficking is a Hidden Crime

Human Trafficking is a hidden crime. What do we mean by that? 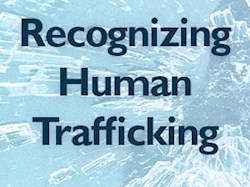 Understanding how the COVID-19 pandemic impacts communities who are susceptible to human trafficking is the first step in fighting back.