A Culture of Judgement

If there’s one constant surrounding modern-day intercultural relations, especially in regard to the global slave trade, it’s an overarching culture of judgment. It is impossible to achieve true social justice when our personal judgments and biases cloud our evaluations of social problems. The key is being able to recognize when we are making these judgments—the moments we are failing to recognize the ways our personal lives and cultures influence our understanding of others.

I had a couple of these moments surrounding the film Nefarious: Merchant of Souls—both during my first viewing of the film and then during continued reflection more than a year after I had seen it. A little background: the film itself is a project promoted by an organization called Exodus Cry, which is “committed to abolishing sex slavery through prevention, intervention and holistic restoration of trafficking victims.” By traveling across multiple continents and countries, Nefarious chronicles different aspects of the worldwide sex trade through a series of video journals combined with interviews of victims of the trade, former pimps and johns, individuals in the fight and some theatrical representations of real situations. It’s definitely not easy to watch.

During my first viewing, I both realized and yet failed to realize ways in which my cultural preference was clouding my view of the global sex trade. For one thing, Nefarious enlightens its viewers on the ins and outs of prostitution right here in the United States—the focus being that, regardless of whether or not someone has chosen to enter prostitution freely, he or she is trapped once on the inside. It could be that drugs and alcohol are provided, it could be that extreme violence is used to deter prostitutes from leaving, it could be threats made against family members or it could be the sheer lack of anywhere else to go outside of prostitution. But in hearing stories and realizing the cycle behind prostitution here in the U.S., I realized that I had fallen into the typical cultural judgment that these women—or men—have completely made their own choices and that they—and they alone—are responsible for their actions. I became more compassionate when hearing their stories.

I cannot say the same about my reaction to Nefarious’ portrayal of Cambodian culture. And it’s no fault of the filmmakers but rather my ignorance that led to the judgments that I made. There is a point in the film where in an interview, we find out that multiple pastors separately answered the same question the same way. When asked what kind of loving parent could traffick their own daughters into prostitution—the general pattern the filmmakers found in that culture—the pastors would say, “You can tell the parents love the girls if they traffick her locally; if not, that’s how you know they don’t love them.” *Insert punch in the gut feeling here.* Seriously, that’s how I felt. I thought there was no way either option presented by those pastors’ answers involved any sort of love. But in reflecting on this situation and the idea of our personal biases much later, I realized I have no idea what it feels like to be a parent or a child in that situation. I have no idea what it means to have to be forced to choose between trafficking a child or letting them die. I have no idea what it feels like to choose letting your family starve or going to a brick factory to work for promised pay that may or may not actually come. Am I advocating any of this? Not a chance. But I realized that my initial judgment of this different culture was coming from my own experience, which lacks anything close to having to make these kinds of moral judgments.

The point here is that these situations shouldn’t exist, but there is a difference in how we respond in compassion and sometimes ignorance versus how we respond with social justice as the goal. As author Mae Elise Cannon writes in Social Justice Handbook: Small Steps for a Better World, “[c]ompassion responds to the effects of social problems. Social justice seeks to address their systematic causes.” And we cannot act in true social justice until we recognize that these systematic causes vary, oftentimes drastically, by culture.

Let me give an example: my senior year of high school I had an academic internship with a local non-profit called the Restavek Freedom Foundation, which fights child slavery in Haiti. In Haiti, what we would see very plainly as child slavery is rather a widely popularized and accepted social practice in which families will send children that they cannot afford to support to more affluent families as domestic help. These children are promised a roof over their heads, food on their table, clothes on their body and schooling for their development. More often than not none of these promises are fulfilled, and the children are instead abused and used as objects and slaves in the home.

The Restavek Freedom Foundation, in an effort to eradicate this vicious cycle, does something almost inconceivable and totally counterintuitive: they keep most of the children in their program in the homes they are in, as long as the families give the okay for the children to attend school—courtesy of the organization. Rather than rip these children from their situations, the focus is empowering a grassroots effort in Haiti to educate not only the children, but the larger population and the participating families, on the harmful reality of the practice. In Haiti’s very specific culture, charity might look like removing children from their current homes and placing them elsewhere. But social justice looks like educating the masses and creating change from the bottom up—not just rescuing and restoring, but literally eradicating the practice itself by making it less culturally accepted.

The world is in need of some serious justice. But we have to recognize that justice comes in all sorts of social reforms and types of change. We may not be able to actually change our cultural bias—we cannot change where we live, what social class we were born into, what biases we may be normalized in our lives—but we can recognize that these biases exist and that they are harmful when it comes to achieving true social justice. As we continue to reflect, may we better recognize our biases and move more toward intercultural understanding and truer social justice.

Recognizing our biases can be uncomfortable, take time and require personal reflection. Here are some practical ways we can begin to address our own biases: 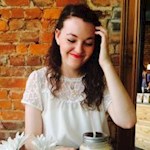 A proud Cincinnati native, Olivia is currently enjoying studying and pursuing her passions at Rhodes College in Memphis, TN. While those passions do include fighting for social justice and advocating for those who are at-risk, she unashamedly admits they also include coffee, puppies, laughing, and any combination of the three

Victims of slavery today can often be invisible unless you know what you are looking for and can ask the right questions. We want everyone to be prepared, share these signs and questions.