When he asked me in broken English with his heavy Vietnamese accent how old of a girl I was interested in, I felt nothing inside me. Watching him hold his hand at his waist and then moving it up to his chest, indicating the size of a girl I supposedly was after, I knew I was in the right place.

I had already dissociated from my emotions as I have done so many times before when I conduct these operations. If I didn’t, I would likely have taken justice into my own hands years ago.

I was in Cambodia portraying a foreign pedophile to identify young victims being trafficked for sexual exploitation. Not a role I relish having to play but do so out of necessity to identify and recover these helpless victims and put the perpetrators behind bars.

In this real life scene, I was dropped off on the highway, and the trafficker took me deep into a village on the back of his motorbike. We stopped in front of a wooden shack built above a swamp.

We crossed the swamp and climbed the steps of the shack. As he entered he said, “Wait, lady come” and turned and asked, “Want lady how old?” holding his hand out to indicate how big of a girl was I interested in.

Soon young girls started trudging into the one-room shack. The first one was about eleven-years-old, followed by a nine- year-old, and then an eight-year-old. The next child that came in was six, followed by a ten-year-old. In all, five children were being offered to me, a foreigner, for sexual exploitation. In fact, the trafficker was willing to give a significant discount if I chose two.

Negotiating the Price for an Eleven-Year-Old

I had never been offered a girl so young before and was stunned, but I had to keep up the ruse as the trafficker watched me closely. I slipped back into character and began to interact with the girls while discussing services and negotiating prices with the trafficker.

I selected and paid for the eleven-year-old. After the trafficker and other girls left, this child walked over to the door, closed it and placed a brick behind it to help keep it closed...just as she was trained to do.

Behind the Scenes of a Rescue Operation

I spent the next twenty minutes trying to talk and playing games with her. I watched her become a child again; laughing and having fun as a young child should.

When our time was up I gave her a tip and put my finger to my lips to tell her to keep quiet. She smiled and nodded her head yes as she scampered out the door and down the steps to meet her keeper, the trafficker.

The next day I took the case to the police to get them to act upon the evidence I collected. They took the file but did nothing with it until six months later when they used my video to identify and arrest the trafficker and recover the eleven-year-old victim.

Unfortunately, they did not try to locate or recover the other four girls I had come in contact with.

Similar situations play out all over the world on a daily basis, including here in the United States. Human trafficking still remains a silent crime because not enough is being done to bring this activity to light and stop it. I’m not just referring to the traffickers who are benefiting from the sale of these young girls, but also to the men who purchase these victims for exploitation, which fuels the demand for young victims.

Individuals and organizations attempting to locate and recover victims must work with local law enforcement. Without working closely with police, individuals risk their own lives and the lives of victims, and they may be breaking the law. Global Sentry Group works closely with law enforcement in many countries to identify and recover victims and to collect evidence against child sex predators.

There are ways you can get involved in this fight. One is by being an informed citizen that can identify possible trafficking situations and report it – a global sentry.

Inquire about the ways you can become a global sentry and join the fight against trafficking and sexual exploitation by emailing info@global-sentry.org. 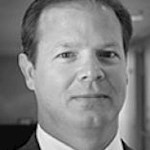 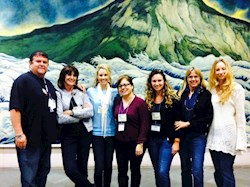 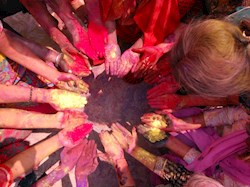 Violence against women includes marital rape, rape in a relationship, other sexual abuse and harassment, trafficking in women and girls for sexual and other forms of exploitation, abortion of female foetuses, infanticide of baby girls, honour killing, war rape, and other acts.