Fair Trade and Environmental Sustainability: How You Can’t Have One Without The Other

Protecting the environment has been a priority for fair trade certification since the push for slave-free products. The World Fair Trade Organization defines fair trade as, “a trading partnership, based on dialogue, transparency and respect that seeks greater equity in international trade. It contributes to sustainable development by offering better trading conditions to, and securing the rights of, marginalized producers and workers.”

In honor of Earth Day, let’s remember that is important to learn fair trade and environmentally conscious products have the same goal in mind: to make the world a better place.

A Brief Overview of Fair Trade in North America

Fair trade got its start with Edna Ruth Byler, a volunteer for the Mennonite Central Committee (MCC). In 1946, Byler visited an MCC sewing class in Puerto Rico where she discovered the women responsible for creating the clothing were living in extreme poverty despite their job. In order to help, Byler began taking the clothing pieces back with her to the United States where she would sell them and return the money to the women. Byler eventually was able to create a business out of the work she was doing, and in 1958 Ten Thousands Villages opened as the first fair trade shop. Today, Ten Thousand Villages is the largest fair trade retailer in North America.

Below are a few examples of what Fair Trade USA focuses on in their environmental standards:

Across the board, fair trade certifiers are working to reduce, reuse, reclaim and recycle materials and products whenever possible and to stop the use of toxic and harmful environmental chemicals.

So, what does this all mean? The big picture is that fair trade organizations are working toward a safer environment for workers and protecting the environment. Focusing on the common goal that helps fair trade and environmental sustainability succeed—a healthy planet for all.

After all, everyone could benefit from a better planet, right? 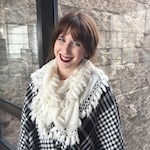 Katie Bramell is a Researcher for the National Underground Railroad Freedom Center's Anti-Trafficking Programs. She graduated from Northern Kentucky University with a Master's degree in Public History and the University of Central Missouri with a Bachelor's degree in History. 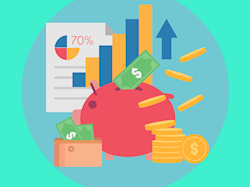 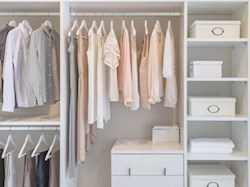 5 Ways to Build a Slave-Free Closet

If you'd like to fill your closet with clothing you can feel good about, check out these 5 simple ways to purchase more ethically-produced gear.

Nothing says "I love you" like a gift made with forced labor. Said no one ever.

The Super Bowl is Sunday, February 4th. Practice a slave-free lifestyle and make sure your party is fair trade.

Install Buycott On Your Smartphone

Be an informed consumer.