In a crowded airport a woman sits waiting for the call to board. Surveying the masses of people around her, she notices two Dominican children with an American woman and begins piecing together possible scenarios for these traveling companions.

But while she mentally composes, the familiar intercom dings with the first calls for boarding. As an off-duty flight attendant, the routine is an everyday occurrence. Once settled into her seat, she realizes she is once again situated near the trio. This time however, she observes that the children are clearly distressed and their guardian thoroughly complacent and detached.

The woman does not even appear to know the children’s names. A red flag shoots up. She continues to examine the situation throughout the flight as her instincts signal that something is amiss and denotes the many similarities to what she is witnessing and potential human trafficking. Now she must make a choice – to call the human trafficking TIP Hotline or dismiss this as a private matter. Considering the consequences of not calling, she makes the call and provides the information as she is guided through the process of leaving a tip.

Disembarking the plane, relief sinks in that the situation will be pursued. She goes home to resume her daily life. Several weeks later, she receives a phone call. It’s the Department of Homeland Security. Surprised, she listens as she is informed that her tip had been a big one that led to the termination of a massive Boston trafficking ring and the rescue of 82 Dominican children.

This is just the beginning of Nancy Rivard’s true story. After realizing the impact her one phone call made and the great potential inherently given to flight attendants to detect human trafficking, Rivard decided to seize the opportunity. In 2009, Airline Ambassadors International (AAI) addressed human trafficking at their conference – the very same conference from which Rivard was flying the day she made her tip. During the subsequent three years, Rivard worked on a program to independently train flight attendants on human trafficking awareness. The first course began in March 2012. Included in the training is the “blue lightning” protocol as developed by the Department of Homeland Security so that by the time the plane lands, law enforcement will be present to assess the situation by the time the plane touches down. AAI was the first NGO to sign EPCAT or the Tourism Child-Protection Code of Conduct (The Code). Since the first independent training in 2012, AAI has joined forces with the UN and the Association of Flight Attendants (AFA) which culminated in a proposal to Congress.

The initiative came from flight attendants via their union, the Association of Flight Attendants (AFA). The Association called upon Congress requesting that human trafficking awareness training be mandatory for the aviation industry with a request for apportioned government funding for this cause. At the forefront of this request is AFA members’ realization that they are frequently exposed to human trafficking and have several hours in which they can attempt to identify these situations and seek help before landing.

Additionally, a new app is being launched to aid in the identification of human trafficking in partnership with AAI. This app, the training conducted by Rivard and AAI, and the proposal to Congress are all important steps that have been made by individuals to end human trafficking – and it is these individuals that fuel hope. 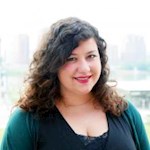 Watch Fraidy Reiss' Tedx Talk on Forced Marriage in the US

Many of us think that forced marriage only happens in developing countries. However, 48 states allow minors to marry.

Urge Monster to Investigate Slavery Risk in its Drinks

Join Freedom United in urging Monster Beverage Corporation, the top energy drink maker in the U.S., to give more detail when assessing its risk to forced labor and human trafficking in its supply chain.