In 2005, Hurricane Katrina whipped through the southern part of the United States and caused $108 billion dollars’ worth of damage. Many know that the disaster claimed 1,833 lives and displaced one million people. However, most haven’t heard of the 500 Indian men exploited to work as welders and pipe fitters on the damaged oil rigs in the U.S. Gulf Coast.

Promised permanent U.S. residency and a good job, these men each paid recruiters $10,000 to $20,000. Workers – mostly from Kerala, India – began coming to the United States in 2006. Once they reached American soil, however, the men found out that they were only granted short-term guest worker visas. Guest worker visas, otherwise known as temporary or H-2B visas, prohibit workers from changing jobs. If they do or if they quit, they lose their visas and the money they paid for them. Many of the Indian workers gave up everything they had to come to the U.S.; so, without much choice, they began to work in two shipyards: one in Pascagoula, Mississippi and another in Texas. The men lived in squalid trailers, and their employer docked $1,050 from their paychecks every month to upkeep these “man camps.”

Sony Vasudevan Sulekha, one of the workers, reflects, “I had borrowed so much money to come here. And then if I am returned to India, then my entire family would be in the streets. The time that I went into camp and I looked, I was shocked. Where all my expectations and my happiness all got destroyed, that was the minute that it happened. That was the minute where all my expectations were shattered."

Conditions were so bleak that one man attempted suicide in 2007.

Following this incident, the company raided some of the men’s camps, detained two men and threatened to deport them. More suffered abuse, and the company took away their visas and work permits.

Eventually, a group of workers started to complain about their working and housing conditions. They began to seek information about legal assistance, their rights and potential options. These actions culminated in a March 2008 protest by about 100 workers. The men hosted several marches, protests and a month-long hunger strike. In 2009, they testified before Congress and engaged in public education campaigns about the H-2B program. Finally, the workers submitted a report to the U.S. Department of Justice and filed charges against their company Signal International, an Alabama-based marine and fabrication firm.

In February 2015, the U.S. District Court jury in New Orleans found Signal International guilty of labor trafficking, fraud, racketeering and discrimination and ordered it to pay the five plaintiffs $12 million. Signal’s co-defendants, a New Orleans lawyer and an India-based recruiter, were each ordered to pay an additional $915,000.

Learn more about the H-2B program and push for labor recruitment transparency. Take a look at the proposed POWER Act and consider its impact on forced labor cases. 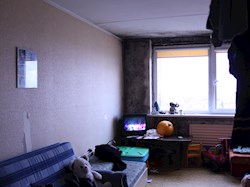