Traffickers recruit, harbor, transport, provide and/or obtain people for the purpose of compelling labor and/or commercial sexual exploitation. They use force, fraud or coercion to exact work and profit from others. Fraudulent brokers, corrupt officials and family members who knowingly do any of the above are easily identified as traffickers.

Those who hear about the practices of human traffickers often express outrage, disbelief, disgust, anger and even confusion. “How could someone do this to another human being?”

Traffickers distort situations by framing them under more acceptable terms. For example, Japan is currently facing a labor shortage. To fill these vacant positions, the government offers an internship program that brings in foreign workers to the country. These internships are legal and advertised as opportunities to hone transferrable skills. However, in some instances, workers are trapped in debt bondage and forced to take roles that don’t require skilled labor. The word “internships” masks these programs from what they truly are – indentured servitude.

Excuses are the markings of rationalization, and perpetrators use faulty and false reasoning to convince themselves that they’ve done no wrong. A study by Katherine P. Avgerinos quotes a Ukrainian woman who migrated to Spain: “Life is very hard there because there is no work. Today I sent money to my mother…to pay for her house. You work, work, work, and then they don’t pay you because there’s no money. For example, I worked in an ashtray factory, and when there was no money to pay me they said “take ashtrays,” 100 ashtrays. So? Can you eat ashtrays?”

A recruiter who hears similar comments by people in his or her community might think that he or she is providing a service by giving those people “work opportunities.” It becomes easy for a recruiter to justify prostituting or selling people to labor exploiters when the alternative for those people would’ve been to starve and die.

There’s also the golden rationalization of “everybody does it” and the futility illusion that “if I don’t do it, somebody else will.” Those are rationalizations used by traffickers pimping women and girls in Tenancingo, Mexico.

Traffickers might compare themselves to other traffickers in order to dissociate themselves from the most brutal manifestations of human trafficking. Noi, an elderly lady who trafficked Rohingya Muslims from Myanmar to Thailand, claims that what she did was charity since the Rohingya Muslims she either smuggled or trafficked were fleeing ethnic cleansing. Furthermore, she distinguished herself as someone more ethical since she “didn’t mistreat the refugees.”

In blame shifting, traffickers such as factory managers might defend themselves by accusing people outside of their control of forcing them to traffick others. Blame shifting arguments might start off with the following: “The company owner will shut down our factory if we don’t produce the daily quota. So, I hire children from rural areas to operate dangerous machinery and lock them in the factory so that they keep working. I can’t fight the company because it’s too powerful, and I can’t adopt more ethical policies because that would lower productivity, close down the factory and I’d be out of a job. It’s really the rich company owner that enslaves these children. Not me.”

Dehumanization strips people of their identity, identifies them as “the other” and makes it so that they are viewed as inferior and deserving of exploitation. Socially accepted norms (e.g., caste systems, gender-based violence) make the dehumanization process easier, if not automatic. Human trafficking thrives in societies where certain groups of people are already marginalized and abused and where perpetrators go unpunished because they’re not perceived to have committed a wrongdoing against a person.

These justifications and defense mechanisms are not unique to traffickers. Knowing and unknowing compliers like you and me have contributed to this cycle of enslavement. To varying degrees, we’ve all denied, distorted and rationalized our ways into buying slave-made products. We’ve elevated ourselves by saying, “At least, we don’t purchase sex or prostitute others.” We’ve deemed the problem too big to solve and beyond our sphere of influence by resolving to leave governments, law enforcement, NGOs, practitioners and businesses to figure it out. And we’ve become players in dehumanization as we’ve failed to participate in processes that would help end human rights abuses.

The question, then, is not just “How could someone do this to another human being?”

Asking “How could I let someone do this to another human being?” yields more revealing answers.

Part 2 will cover the roles and limitations of knowing and unknowing compliers. 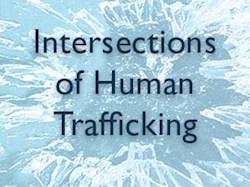 Plan to Host a CAUSEART Party