Sex trafficking is one of the worst tragedies occurring in the 21st century. Studies show that modern slavery is more prevalent today than during the Transatlantic Slave Trade’s most prolific years. The most common figures estimate there are 45.8 million people currently enslaved worldwide. Of these, the International Labor Organization (ILO) reports that 22 percent of victims of slavery are sex slaves. This means that almost ten million people today are being forced into sexual slavery.

A SNAPSHOT OF THE ISSUE

The above map shows the geographic distribution of modern day enslavement. Note that while some regions have more enslaved people than others, it does occur in every country on Earth.

The average person trafficked for sex is a 13-year old girl living in an impoverished community. These children are commonly raped ten times per day. Consequently, they regularly contract HIV or other sexually transmitted diseases or infections. Most victims die prematurely or are forced into sustaining the trade as adults.

Sex trafficking is a unique part of the slave trade due to the following key factors:

Modern day abolitionists must learn not only where does slavery occur, but also where people are taken from when they are forced into slavery. Existing research demonstrates that the coercion, deception, and selling of people into the sex trade is high in the following countries and regions: the Amazon, Eastern Europe, Nepal, the Philippines, Southeast Asia, West Africa and Sub-Saharan Africa. While sex trafficking occurs in every country, the United States is one of the least prolific source countries. It tends to be more of a "distribution center" for trafficking victims.

Women and children are commonly lured into slavery through deception and occasionally duress. One common factor is that they are economically impoverished and therefore vulnerable. Women looking for economic security often rely on offers of legitimate employment from people they trust with the hope that they can send money back to their impoverished family. Similarly, parents often entrust their children’s well-being and education to people of means. In some cases desperate parents might knowingly sell a child into enslavement as a means of economic opportunity for their family as a whole, including their child.

Industry luminaries working to fight sex trafficking are doing important work such as research, awareness, survivor rehabilitation, legislation, and the prosecution of “johns.” These invaluable services work to alleviate the damages done by this raging crisis. When talking to Brad Myles, CEO of Polaris, the leading anti-human trafficking organization in the U.S., he shared that there are three commonly referred to “P”s in the fight against human trafficking: Prosecution, protection and prevention. “Prevention is often the forgotten ‘P’,” reports Myles. In addition to existing programs, the effort to end human trafficking needs an infusion of focus and resources dedicated to prevention.

So what are the best ways to prevent sex trafficking? The UN Chronicle states, “Anti-trafficking strategies have to be embedded in every policy area, from improving female education in source countries so that girls are less vulnerable to trafficking, to increasing police pay in destination countries so that officers are less susceptible to bribery.” The former is a critical and actionable area that we can all start to address with more focus and resources.

Once a woman or child is trafficked for sex, the ability to rectify the damage becomes exponentially more difficult. Recidivism is surprisingly high even once an enslaved sex worker is freed from their imprisonment. Not only is the person severely traumatized but the victim is often ostracized from her family as if she is a ruined girl/women. Because of this, she might feel extreme despair and worthlessness, often increasing the likelihood she will return to the only life she has come to know. What if we could get upstream to this problem and prevent the tragedy from ever occurring?

PREVENTION: THE MOST IMPORTANT P

We at Street Business School (SBS) want to operate beyond a symptom strategy and champion a preemptive solution to target the heart of the problem: oppressive poverty, lack of economic opportunity, and the financial and psychological disempowerment of vulnerable women and children.

Through SBS, ambitious but impoverished women are provided the tools to lift themselves out of poverty by way of entrepreneurial education. Studies show investing in a woman results in significant benefits to families and communities. SBS graduates increase their income from an average of $1.35 to $4.19 per day, literally lifting themselves above the global poverty line.

SBS graduates most commonly use their new income to support their children. They send their children to school, provide nutrition and medical attention to their families, access safe housing and serve as mentors to inspire other women to do the same. When children are educated, the child’s future dramatically shifts. According to the World Bank, for every year a child is educated their future income increases by ten percent. Educating children is a life-raft for many families living in poverty.

Additionally, the SBS curriculum is rooted in developing a woman’s self-confidence which has long-lasting effects on her ability to sustain an income and support her children. Through SBS, women become economically strong and their children’s futures become more economically secure.

Economic security for women and education for children are two of the best preventative solutions to fight sex trafficking. Therefore we, at SBS, seek formal partnerships with the abolitionist coalition to add focus to the lost "P," providing an upstream solution and sustainable opportunities to the world’s most vulnerable people.

In addition to the existing services and resources combating sex trafficking, we offer the opportunity to attack the root cause of creating vulnerable victims – economics. Our goal is to bring SBS to 1 million women and benefit their 5 million children by 2027.

Our call-to-action is to invite those who want to prevent sex trafficking to join us as a partner in this anti-human trafficking strategy. Partnership opportunities vary depending on the person:

Together, we will champion a strategy that will ultimately reduce the need for survivor services and increase the hope and future for generations of women and children indefinitely. Join the growing community of AHT-prevention and help us make vulnerable families strong. 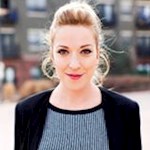 Tifany leads anti-human trafficking, thought leadership and philanthropic partnerships for Street Business School and also owns a philanthropic consulting company called Red Philanthropy. Tifany has previously worked with corporate foundations and multi-lateral NGOs to foster an environment in which women and children can achieve equality and overcome injustice. Her work on anti-human trafficking has been published by End Slavery Now and has led to speaking engagements and AHT partnerships. Tifany holds a Master’s degree in Philanthropic Studies, concentrating on gender equality from the Lilly School of Philanthropy at Indiana University Purdue University Indianapolis (IUPUI). She is also certified in Women’s International Health and Human Rights through Stanford’s Center on Social Innovation. 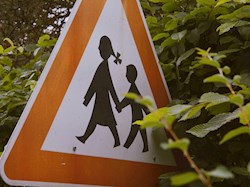 This documentary, produced by The Guardian, explores the connection between trafficking and women's prisons.