One of the main forms of slavery in the world today is bonded labor. This is also known as debt bondage, and it happens when people inherit a debt or are forced to work in slave-like conditions to pay off a loan. Bonded labor is often made to look like employment, but in reality, the worker only keeps accumulating debt and can never repay all of the loan. Humans of New York is a photo blog started by a guy named Brandon who set out to take pictures of 10,000 New Yorkers. This project has grown into a social media movement where Brandon shares photos and life stories of those living around him.

This summer, he took a trip to Pakistan to share stories of the people there, and he came across a woman who was fighting the country's system of bonded labor. He set up a fundraiser to help support her work. The photos and stories below are property of Humans of New York. We have just collected them into one space for easy viewing. Head to their blog to see more inspiring stories from around the world.

"Meet Syeda Ghulam Fatima. Described as a modern day Harriet Tubman, Fatima has devoted her life to ending bonded labor. She has been shot, electrocuted and beaten numerous times for her activism. Quite literally, she places herself between the workers and their owners. The organization she leads, the Bonded Labour Liberation Front (BLLF), is small but determined. It is working to set up Freedom Centers throughout rural Pakistan so that every bonded laborer has access to advocacy and legal aid."

“Bricks are the primary unit of construction across Pakistan. They are cheaper than concrete, so almost everything is made with brick — especially in rural areas. There are 20,000 brick kilns across the country. We estimate that an average of 40 families work on each of these kilns and that each family is required to make 1,000 bricks per day. That means 4.5 million people are living in slavery conditions. And so many of these workers are young children. Often they work all day and are denied education. They work in isolated areas, shielded from the eyes of society and hidden from the protection of the constitution. The laws don’t reach the kilns, so the workers live in constant fear of violence and retribution. The kiln owners are so rich and powerful. Their profits represent nearly 3% of Pakistan’s GDP. They put their friends and relatives in the legislature. They bribe and intimidate the police. It is very dangerous to speak out against them. I’ve been attacked and threatened so many times that I no longer fear death.”

“I was walking to court to attend a hearing against a kiln owner when suddenly I was surrounded by a group of men. Everyone ran away except for my brother and me. The men told me that I better drop the case. I told them I would not. Then they knocked me to the ground, pulled back my leg and shot me in the knee. Afterwards they did the same to my brother. We thought we were dead. I was taken to the public hospital but was turned away. Politicians from the local ruling party had forbidden the doctors from treating me. The assailants were never prosecuted. I had to sell my house to afford treatment at a private hospital. But the brick kiln workers came together to try to help me pay for my treatment. Despite their poverty, they gave 5 to 10 rupees at a time. And they lined up to donate their blood.”

Brandon met three brick kiln workers who shared parts of their story with him.

“I was born into the brick kilns. I started working at the age of 12. The work never ended. We’re expected to make 1,000 bricks per day. We work from 5 AM to dusk. I tried to organize the workers recently to demand fair wages. We held meetings at night, but one of the workers informed on us. The owners called me to the office and beat me. They made the other workers join in. Then they took off all my clothes and tied me to a tree. I begged them not to do it. They left me there for hours. I tried to escape at night. I padlocked my family in the house, and I ran into the fields. I came straight to Fatima. Before we could return for my family, the police had helped the owners break into my house. And my daughters were paraded naked in the streets.”

“My sister’s kidneys were failing. We tried to raise the money to save her. We sold our cattle. We sold our property. We sold everything we had. When we ran out of options, I took a 5,000 rupee loan from the brick kiln. I thought I could pay it back by working for 15 or 20 days. But when I thought it was time to leave, the kiln owners did the accounts. They told me: ‘You lived in our house. You ate our food. You owe 11,000 now. If you have 11,000 rupees, you can go. Otherwise get back to work.’ They worked me harder. I never saw my wages. If I wanted to stop, they beat me. A few months later, my grandfather died. I asked for a few days off to arrange his funeral. ‘You owe 30,000 rupees now,’ they told me. ‘If you have 30,000 rupees, you can leave. Otherwise get back to work.’ Now I owe 350,000 rupees. And my sister died a long time ago. There’s no way out. Soon my debt will pass on to the next generation.” *1,000 rupees = $10

“My sister fell ill, and her medical bills cost 30,000 rupees. My father wasn’t getting his salary on time, so we had no options. I took a loan from the brick kiln and agreed to work for them until it was paid off. Other members of my family did the same. We thought it would only take three months. But when I went to leave, they told me I owed them 90,000 rupees. I couldn’t believe it. They told me I couldn’t leave. It’s like quicksand. They only pay you 200 rupees per 1,000 bricks, and it all goes to them. And the debt keeps growing. We are supposed to work from dawn to dusk for six days a week, but we never get the seventh day off. They tell me I owe them 900,000 rupees now. There is no hope for me. Every year they have a market. The brick kiln owners get together, and they sell us to each other. Just 10 days ago my entire family was sold for 2.2 million rupees.” *1,000 rupees = $10

The fundraiser that was set up to help Fatima in her work raised over $2 Million in less than 20 days.

"Before this fundraiser, Fatima had exhausted her financial resources in the struggle against bonded labor to the point where she feared that she’d be unable to pay her own medical bills. Thanks to everyone who donated over the past 72 hours, she now has nearly $2 million to continue her organization’s fight against bonded labor. To fully visualize this impact, it should be realized that the purchasing power of a dollar in Pakistan is about five times greater than in the United States. This is an absolutely transformational amount of money. Fatima is meeting with the board of the BLLF to plan a major expansion of their efforts, and she wanted me to pass along this statement: 'From BLLF and from all of the bonded labourers, thank you. Thank you to everyone who has opened their hearts and donated to our cause. I struggle to find the words, I don’t think I have the words to tell you how grateful we are. You have donated for freedom, for rehabilitation and we are indebted. Thank you so much. The prayers of every labourer are with you, and they will always hold you in their hearts. Our responsibility now is to honour what you have trusted us with, and we will. We have a lot of work ahead of us, but we want to build a real freedom center in Lahore; here we can work on not just releasing families but rehabilitation. We want workers to be treated with the rights they deserve as citizens. Pakistan faces a lot of challenges, and we want industry to thrive in Pakistan, but the labourers must be free. You cannot make people work by beating and chaining them. I believe that the day the owners understand me, that the day the worker is happy, the profits will be greater. Labour rights need to be regulated; owners have the right to make profit but not through abuse and deprivation. That is not an industry; that is slavery. This is a big step for labourers that this has received so much attention and that their voices have reached a global stage, and we are being heard. With this we hope to end bonded labour in Pakistan.' "

"I want to conclude this series with a story that will show you the character of the person you’ve just empowered. This is one of thousands of anecdotes that reveal a person who is more committed to humanity than to her own safety or comfort: Recently a family trapped in bonded labor got in touch with Fatima. They told her that they could not escape their owners and that the girls in the family were being sexually abused by the owners. Fatima immediately jumped in her car and drove to the kiln in the middle of the night. She told the family to run. The owners woke up and began to fire guns. The family reached the car, but the youngest girl — only four years old — had fallen down and been captured. For three months the child was missing. Fatima went to court and begged for intervention, but the police kept insisting that they’d searched the kiln and no child could be found. “I couldn’t sleep,” explains Fatima. “Every night I laid in bed and could think about nothing but this young girl in the hands of her brutalizers. I stayed awake all night thinking about how I could rescue her.” Fatima recruited several other laborers to help her. Dressed in rags, they went to the kiln and pretended to be workers. They spent several days searching. They couldn’t find the girl anywhere. But from the owner’s house, they heard constant crying. They went back to the court and demanded that the house be investigated. The girl was found. But for weeks, she would not eat, talk or cry. Fatima eventually learned that every time the girl would cry for food, the owner would beat her."

If you want to give to Fatima's organization they are still accepting donations! 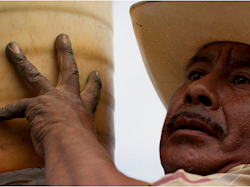 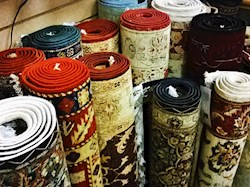 In pockets of rural India, children are locked in shacks and forced to work between 10 to 12 hours a day, six to seven days a week.