Have you ever had one of those moments that you just know you won’t forget? I had one of those a few months ago, watching Haitian youth singing for a new vision in Haiti - one without restavek - at Restavek Freedom Foundation’s Songs for Freedom music competition finals at the national soccer stadium, Stade Sylvio Cator, in Port-au-Prince.

Nearly ten years ago, when my dear friends Joan and Ray Conn first visited Haiti, they were captivated by both the stunning beauty of the beaches of Île-à-Vache and the extraordinary poverty they witnessed in Port-au-Prince and Haiti’s rural towns. They just couldn’t get Haiti out of their minds. On their repeated trips to Haiti, they were introduced to many school-aged children who were not going to school, rather working as domestic servants known as “restavek.” In 2007, when I joined the Conns as a member of the founding board of Restavek Freedom, this form of modern day slavery was such an engrained part of Haitian society that few acknowledged restavek as a problem.

Slavery in Another Form

Haiti has a complex history. It is the only country in the world to be formed by a slaves’ rebellion – a source of great national pride. Yet, today, another form of slavery – restavek – continues to persist. Despite ratifying the UN Convention on the Rights of a Child in 1994, nearly 20 years later, according to the Walk Free Foundation’s Global Slavery Index in 2013, Haiti ranks #2 for highest prevalence of modern slavery in the world.

What began as a small grassroots effort to provide an education for the children in restavek whom the Conns met in Port-au-Prince has grown into a movement with an audacious mission: to end child slavery in Haiti in our lifetime.

Today, Restavek Freedom Foundation provides for the education of almost 800 children in restavek, and 75% of these children, who had previously been denied educational opportunities, are passing national grade level exams! Yet, fully aware that there was no way we could provide the level of services offered through our Child Advocacy program to the 300,000 children in restavek, we began appealing to community leaders. Today, we have a network of 3,000 Haitian pastors who are standing up for freedom in small rural churches and large urban churches, preaching about the importance of justice and child protection in their communities. Still knowing that little would change if we didn’t engage everyday Haitians on the restavek issue, we developed a radio soap opera with a storyline that addressed the restavek issue and family planning in collaboration with Bloom, a Haitian production company, and Population Media Center. Today, we have an audience of 1 million Haitians listening to Zoukoutap on several national radio stations as well as a station in Miami, FL.

Heralded as “Haitian Idol” by CNN and NPR, Restavek Freedom Foundation’s Songs for Freedom was simply powerful. The regional winners wrote poignant lyrics about ending restavek and performed their songs at regional competitions in each of 10 departments before competing in the national finals in August 2014. Three Haitian judges and two international guest judges (abolitionist Justin Dillon and Grammy award-winning musician Mark Stuart) selected Yoldie Saimphort, who dressed in rags like a child in restavek and belted out heartfelt pleas for freedom, as the national winner.

Little could I have imagined in 2007 that in eight short years, we’d witness Haitian youth crying out for cultural transformation to end the restavek system.

Moreover, that night, tremendous joy filled me as I watched the 16 girls living in our transitional home at the concert. Tears filled my eyes as I watched these girls, many of whom had been discarded by society and considered “nobodies,” warmly embraced by all the Miss Haiti contestants who had come to show support as they prepared to take on the restavek issue at their upcoming beauty pageant. As our girls sang and danced and cheered on their favorite contestants with abandon, I rejoiced with great hope for their future.

Today, these very girls are authors! Over the summer, in collaboration with Shout Mouse Press, our girls wrote two children’s books – Jenika Sings for Freedom and Stand Up for Soraya – to instill empathy for children living in restavek, create outrage at the injustice of exploitation and abuse and provide courage to stand up, speak up, and make a change. (Hint: they’d make great holiday gifts for the children in your lives.) WAMU aired a wonderful “story behind the story” and our girls’ BIG dreams.

Undoubtedly, there is still tremendous work yet to be done in Haiti, so we need others to join this movement. But, moments like these provide glimmers of hope that change is coming. And, so, we hope for the end of child slavery in Haiti. 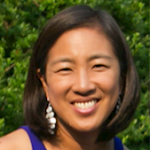 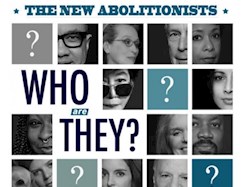 The latest issue of the Atlantic focuses on the story of a women enslaved in an American household written by Pulitzer Prize winning journalist Alex Tizon.