On November 28, 1990 28 men in Inal, Mauritania were hanged by their fellow soldiers.

They were accused of plotting a coup against the government of this northwest African country. There was no trial. November 28 also happens to be the day Mauritania became independent from France. 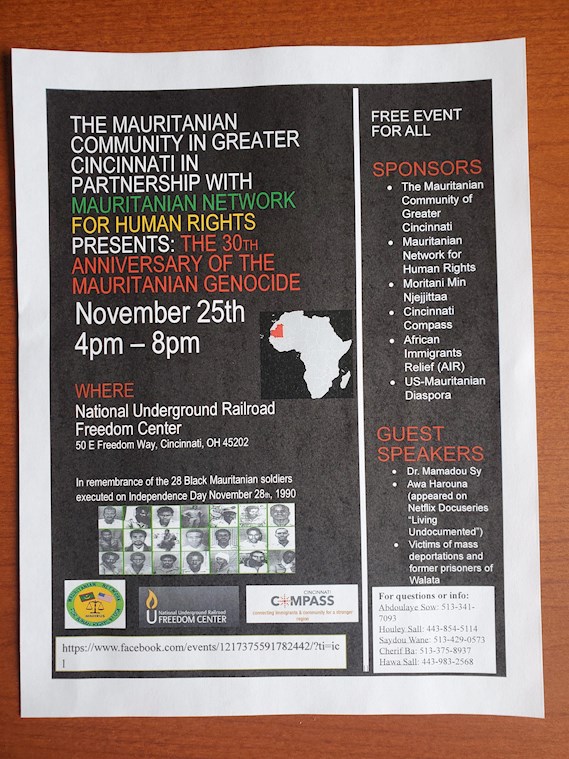 This Muslim-majority country is a mix of Arab-Berber and Black Africans. Human rights groups have long argued that the lighter-skinned Arab-Berber Mauritanians have a tradition of enslaving, exploiting, and mistreating their darker-skinned Black counterparts. Many Black Mauritanians are forced to work for little to no pay as domestic servants, laborers, and fishermen. Mauritania was the last country on earth to outlaw enslavement, doing so in 1981. Activist groups argue that the practice continues unofficially.

Join us at the National Underground Railroad Freedom Center on November 25th at 4PM for a program commemorating the extra-judicial killing of the 28 Black Mauritanian soldiers on Mauritanian Independence Day. Follow End Slavery Now on social media for regular updates about this program. 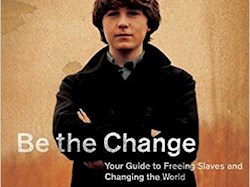 Take a trip to Cincinnati, Ohio, USA to visit the world's first museum-quality permanent exhibit on the subjects of modern day enslavement and human trafficking at the National Underground Railroad Freedom Center.