“Wait, men are victims of sex trafficking too? But, how? They are way too tough. I’m a man, and I’ll never let myself get kidnapped.”

This type of disbelief and skepticism are typical reactions from those who hear about male sex trafficking victims for the first time. Due to gender norms and dominant sex trafficking narratives, the victim is usually characterized as a young, vulnerable female – not a strong, capable man. However, the reality is that females and males are all susceptible to sex trafficking. But in society’s trafficking lens, the main focus is on women and children forced into the sex industry. Today, we see that women are the ones frequently rescued, rehabilitated and reinstated back into society. There are countless movies on young girls being captured, sold and trapped in the sex industry. But what about men and boys? How are they involved? What are the provisions for male victims? More importantly, what can be done to make their circumstances and needs known in the anti-trafficking field?

Oftentimes when males are mentioned in the world of sex trafficking, one immediate image that emerges is that of a sweaty foreign man counting money or abusing children in some dark and musty room. This stereotype negates the fact that men and women can both be traffickers, and both can be trafficked. There seems to be a gender gap when imagining the people involved in sex trafficking. The traffickers tend to take on the image of a male and the victims, female. As stated by Summar Ghias, program specialist for the Chicago-based International Organization for Adolescents, “We’re conditioned as a community to identify female victims more readily. Society pins females as victims and males as perpetrators.”

For male victims in the United States, recovery is a much harder feat. Men are less likely to find support services. Males have limited access to services and are left without residential treatment centers. To illustrate, of the organizations surveyed for the National Colloquium, none had programs exclusively for boys/men, and some didn’t allow men to even enter their facilities since that might hinder the recovery of female victims. Several programs refer males to other shelters without trafficking-specific services. Of all those organizations, only five percent had beds reserved for boys and men.

In society today, victims find themselves afraid and embarrassed to speak of ever being involved in sex trafficking. Gender norms dictate that men should be able to take care of themselves, and those who admit to being victimized are often shamed and doubted. Within politics and law enforcement, identification of trafficking victims is already a challenge. When we have social scripts saying that men cannot be sex trafficking victims, it becomes even more difficult to identify trafficked males. Because of shame, stigma and distrust towards initiatives and people in a position to help, effective rescue and aid operations for males become challenging.

Jerome Elam – a male survivor– explains, “My escape from the world of sex trafficking came at a high cost. I had tried to tell at least ten people that I was being trafficked, and my reward for this was – among other things – having three of my ribs broken. My life had become an abyss of worthlessness and pain at the age of 12.”

Instead of getting assistance, Jerome was punished for asking for help. In addition, within the sex trafficking world, there’s a trend of male victims being arrested for “prostitution” and female victims being rescued from “sex slavery.” A factsheet released from the U.S. Department of State states the following:

“Trafficking victim identification is a challenge across the board; however, to the degree authorities are trained to identify human trafficking at all, far too many look primarily for female victims and often miss male victims they encounter. When male victims are not identified, they risk being treated as irregular migrants instead of exploited individuals and are vulnerable to deportation or being charged with crimes committed as a result of being trafficked, such as visa violations. Likewise, cases involving male victims are often dismissed as labor infractions instead of investigated as criminal cases.”

This topic is in need of more attention and support, and there are individuals and organizations making small strides towards ending this gender divide in the human trafficking world. Organizations such as Restore One out of Greenville, NC and Surviving our Struggle out of Brookline, MA have made this issue their very own. Their programs support young boys and men recovering from their trafficking experience.

In the end, the goal is to provide all trafficked people with the support and care they need to overcome abuse and trauma. Gendering this issue creates a divide among victims and practitioners and hinders the progress to end slavery. The separation of gender and the emphasis on one gender over another are divisions that hurt trafficked individuals and the anti-trafficking cause. To address the needs of ALL people who have been trafficked in the sex industry, check out our End Slavery Now Organization Directory to find an organization near you and help combat slavery in your own community. 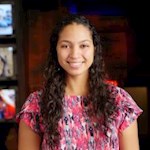 Onya is an Anti-Slavery Intern in the Modern Slavery Department of the National Underground Railroad Freedom Center. She is currently pursuing two degrees in Sociology and Spanish with a focus in Gender and Diversity Studies at Xavier University located in Cincinnati, Ohio. Throughout her sociology studies and international travels, Onya has developed a true passion for human rights and is an advocate for human rights and social action. 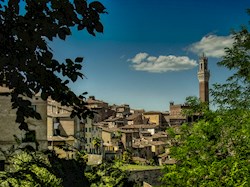 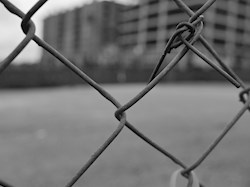