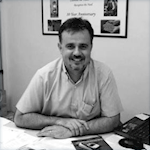 Pierre Tami originally comes from Switzerland with a background in business, to be more specific, the airline industry. He and his wife, Simonetta, moved to Asia in the early 80s and later on in the 90s moved with his family to Cambodia.  It was there that he first became involved with human trafficking victims. He opened Hagar Cambodia in 1994, a shelter for women and children. The organization rapidly expanded and developed into a hybrid organization, with social rehabilitation programs under the NGO and a number of commercial and social enterprises. Hagar has developed a number of projects such as, counseling services, education and skills, as well as a foster home for abused and trafficked children. Hagar also opened a home for children with disabilities in 1996 called the House of Smiles. Key to Hagar’s strategic approach was the combination of social businesses alongside the NGO protection, recovery and reintegration programs.  Mr. Tami was given a Trafficking in Persons Report Hero Award in 2004 in recognition of the work he was doing with Hagar. 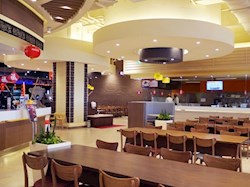