It started with WHISPER (Women Hurt in Systems of Prostitution Engaged in Revolt), a pioneering program of its time working with women in prostitution before Minnesota communities recognized, let alone acknowledged, that sex trafficking was keeping our own women and girls enslaved in systems of abuse and sexual exploitation.

Unfortunately, support for WHISPER waned. But Breaking Free’s founder and executive director, Vednita Carter (then WHISPER’s director of women’s services) saw a need. A survivor herself, she refused to abandon her mission to help women and girls whose lives had been devastated by prostitution and sex trafficking.

Through Ms. Carter’s vision and tireless dedication, Breaking Free has become one of the nation’s leading organizations for working with victims and survivors of sex trafficking and prostitution. Over the last 18 years, Breaking Free has served more than 6,000 clients and reached over 22,000 individuals via street outreach while systematically growing its programming to embrace a full continuum of care.

Breaking Free was established in October 1996, by Vednita Carter, Founder and Executive Director, as a non-profit organization serving women and girls involved in systems of abuse, exploitation, and prostitution/sex trafficking. 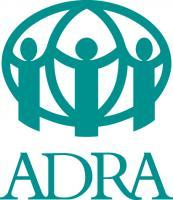