The CNN Freedom Project is a year-long humanitarian news media campaign launched by CNN and CNN International in 2011 to end modern-day slavery and related illegal practices, including human trafficking.

Some of CNN Freedom Project's documentaries includeOperation Hope, voted Best Social Awareness Program at the Asian Television Awards, which tracks down a seven-year-old Bangladeshi boy who was viciously attacked, castrated and left for dead because he refused to be forced into begging. Every Day in Cambodia, which had a tremendous international response, documents the appalling plight of children sold into sex slavery - sometimes by their own mothers - and the people fighting to stop the practice.Death in the Desert and Stand in the Sinai were a combination of two documentaries over the years of 2011-2012 that came out of CNN's Fred Pleitgen's visit to Sinai. Both documentaries expose traffickers - mostly bedouin gangs who track down refugees fleeing to Israel - and grim evidence of organ harvesting, human trafficking and sexual abuse in the Sinai desert. Cocoa-nomics and Chocolate investigates and exposes child labor, trafficking and slavery on the cocoa plantations of the Ivory Coast in West Africa, an industry that produces some of the world's best-known brands.

The CNN Freedom Project hopes to end modern-day slavery by shining a spotlight on the horrors of modern-day slavery, amplifying the voices of the victims, highlighting success stories and helping unravel the complicated tangle of criminal enterprises trading humans. 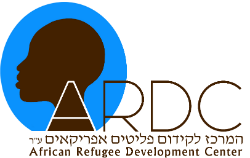 Many of us are traveling to visit loved ones this time of year. Is your preferred hotel chain using enslaved labor?