In 1980, The Baptist Women's Shelter opened as the only domestic violence shelter in Tulsa, operating out of an old church building downtown and housing more than 7,000 women and children over 14 years. Back then we had the capacity to house only 25 women and children at any one time. The need, however, soon outweighed our resources.

In January 1995, preparations were made to move what is now known as DaySpring Villa to a new, larger location west of downtown Tulsa. A team of volunteers renovated the building and donated furniture and appliances to address the growing population of battered women and their children in Oklahoma.

DaySpring Villa received its certification as a domestic violence shelter in June 1995 from the Oklahoma Department of Mental Health and Substance Abuse Services. Now certified by the Oklahoma Attorney General, the organization seeks recertification every three years as required by law.

In April 2012, DaySpring Villa was certified by the Oklahoma Attorney General's office to address the needs of adult victims of sexual trafficking, making us the first certified shelter to offer refuge and services to these victims.

DaySpring Villa will continue to be the model for providing shelter, comprehensive services, goals-based programs, and unbiased care in a protective, faith-based environment to transform the lives of battered women and their children and adult sexual trafficking victims.

We will work tirelessly to become the official voice of battered and sexually trafficked women and children by communicating the positive impact of our organization throughout the state of Oklahoma. 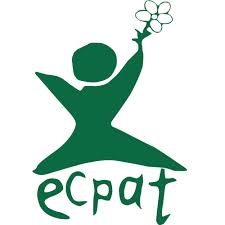