While traveling through Northern Thailand in 2002, Jane and Patty discovered 15 girls living in a broken down school house, in a town called Doi Luang. Their situation was dire. Girls, as young as 10 years old, were trying to survive as best they could with only a volunteer adult to help them from time to time. Patty and Jane returned to the U.S. but later returned to Thailand. A documentary film, Daughters and Sons: Preventing Child Trafficking in the Golden Triangle was made to record the girls’ stories and to show the stark conditions of life in the villages around Doi Luang. The movie also showed the hope that those girls have for a better life. They were a small group, but they represented thousands of other girls living in poverty, trying to avoid being trafficked. Patty and Jane  created this non-profit and have dedicated their time and talent to give these special kids an education, a better life and the ability to “pay it forward.”

To prevent child trafficking in the Golden Triangle 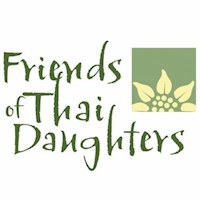 Learn About Grassroots Efforts in the Fight Against Child Labor

Vanilla farmers in Madagascar are leading the fight against labor trafficking in that country.

Hope for Weaving Communities in the Aftermath of Nepal’s Earthquakes