In 1985, Steve Chalke envisioned opening a school, hospital, and hostel for disadvantaged people in London. After five years, the vision became reality and a new shelter for homeless youth opened its doors in the UK. Inspired by the life of Christ, Oasis began with this vision, which developed into one with a wider focus for transforming urban communities. The wider focus seeks to help the most marginalized experience freedom and fullness of life through community. In 1992 Andy Matheson heard Oasis's global call and began working with the vulnerable and impoverished in India and later Brazil. In 1998, representatives from Oasis UK, Oasis India, and Oasis Brazil met and developed the covenant and Global Council, which has been the basis for growth ever since.

In 2001, Andy Matheson became the International Director of Oasis, and developed a team to provide international infrastructure to the Oasis Global family, which grew over the next few years to include 10 countries around the world: Bangladesh, Belgium, India, Kyrgyzstan, Mozambique, South Africa, Uganda, United Kingdom, United States and Zimbabwe. Oasis does not have one centralized global headquarters – we are a family of locally registered and locally governed organizations sharing a common ethos, mission, and goals. In each location we develop contextually appropriate responses to the needs we encounter, working in line with our globally agreed mission, outcomes, and standards. The Oasis Global Executive team, consisting of all country CEOs, Founder Steve Chalke, and three other staff under the leadership of the International Director, meets every six months to provide operational leadership in maintaining cohesion and achieving common goals. The Global Council meets annually to provide a mechanism of global governance.

Oasis in the U.S.

After spending eight years in India with Oasis, Andy Matheson moved to Pasadena, California to study at Fuller Seminary. In partnership with Fuller, Matheson established Oasis USA in 2001. His original vision for the U.S. office was to help raise more funding for the work of Oasis around the world. Under the leadership of our first Executive Director, Scott Engmann, Oasis expanded this initial vision and started working to impact local underserved communities. This started with work in computer training and then after-school projects in the greater Los Angeles area.

In 2005 the Oasis Global Council decided to make human trafficking a key focus. Anti-trafficking work was expanded in India as a result of this global focus, and other countries pursued new initiatives as well. Oasis USA took part by developing a campaign to fight the use of child-slavery in global chocolate production, and by considering trafficking issues specific to the U.S.

Under the leadership of Executive Director Paul Hong-Lange (2006 – 10), Oasis USA shifted focus to solely anti-trafficking work in 2009. What had begun with mainly advocacy and awareness in this arena progressed to working with victims of trafficking within local communities. Paul’s team developed and initiated the Traffick Free Communities (TFCs) model, a model that has been carried out and duplicated by Kevin Potter (Spiritual Director, 2010-current). There are currently 6 TFCs in California, Ohio, and Florida, with several more in the initial stages of development. The Oasis board of directors has agreed upon the TFC model as our primary strategic initiative to end human trafficking one COMMUNITY at a time.

Oasis USA is inspired by the life of Jesus Christ to work for a just and inclusive world through advocacy and community development. Our vision is for communities to be a safe place where the marginalized can experience freedom and fullness of life. We work in eleven countries and over 55 communities around the world providing community based initiatives that help children at risk, vulnerable women and survivors of human trafficking overcome the challenges of poverty and oppression. 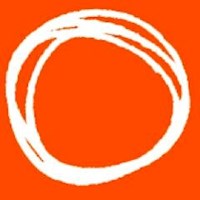 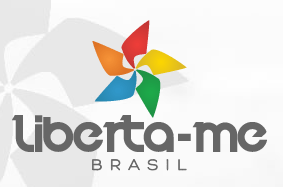 How Have Children Become Involved in the Armed Conflict in Colombia?