Linda Egle, the founder of Eternal Threads, first learned about the problem of sex trafficking in 2008. She had already been working with women in extreme poverty for years, but upon hearing of the enormity of the problem of trafficking, she wanted to get involved. Soon after, Linda met Ramesh Sapkota, who had established an anti-trafficking organization in Nepal. His goal was to stop girls from being trafficked into brothels in India and provide a safe place for victims of trafficking to live and heal. They formed a partnership and began to work together to put an end to trafficking of Nepalese girls.

In 2010, Brittany Partridge, an ACU student who had been volunteering with Eternal Threads, approached Linda with an idea for the Red Thread Movement. Her passion was to create a movement that would raise awareness of the issue of trafficking and also help fund the work that Eternal Threads was doing to save girls in Nepal.

Linda traveled to Nepal with Brittany and two other students in January 2011 to see first-hand the safe houses and anti-trafficking border stations in Nepal. Upon their return to the US, they all felt an overwhelming desire to do more. They began to brainstorm ways that they could offer more support for the anti-trafficking work in Nepal and help many more girls escape being sold into a life of slavery.

The idea of the Red Thread Movement bracelet was born. The concept was simple…the girls living in the safe house in Nepal would make the red woven bracelets and would accomplish three goals:

The bracelet idea quickly became a Movement that is still going strong today! Thousands of girls have been rescued and have been given hope for a new life.

With your help, sex traffickers can be stopped and not ignored. With your help, the victimized girls will not feel forgotten, but will know they are loved. The first step in action is awareness. Break the silence by telling others about this injustice. Wear a bracelet to let others know you choose to stand up against sexual slavery. Together, we can save the lives of thousands more girls. 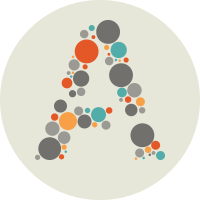 Human Trafficking and Immigration in Europe