In 2008, an Oklahoma Christian student named Julia showed a movie on campus to raise awareness about human trafficking that unintentionally generated a response from other students who asked her where they could sign up to help. And thus, OCMA was born. After drafting a constitution, the club began raising funds to support an organization called Hadassah House (later changed to All Things New), which at that time was the only safe house for trafficking victims in the Oklahoma City metro area. The club also got involved with OATH (Oklahomans Against Trafficking Humans), a statewide organization that used to work closely with the FBI, local police force, and the state Department of Justice. OCMA started having open mic nights, weeks of awareness, prayer nights, and also screened the documentary Nefarious: Merchant of Souls on campus, resulting in a great response from the community.When Julia graduated in 2012, her sister Jill succeeded her as President and continued to lead the club in its efforts to raise money for and work alongside with OATH and Hadassah House until both organizations ceased to exist in the summer of 2012. By this time, human trafficking had become fairly well-known as an injustice both in America and worldwide. OCMA members started selling bracelets to support the Red Thread Movement, and in the summer of 2013 began working with two local nonprofits called No Boundaries International and Beautiful Dreams Society.Today, OCMA continues to serve the Oklahoma Christian University campus and local community through prayer, fundraising for local nonprofits, and other outreach efforts.

Our purpose as defined in our constitution is:

1. To raise awareness about the problem of slavery worldwide and locally

2. To aid local efforts in fighting slavery, in victim recovery, and in political activism. 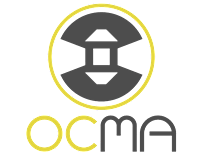 November 16th is the International Day for Tolerance. Celebrate by sharing the importance of having tolerance when dealing with human rights issues such as modern day slavery.

Flight attendants are at the forefront of the anti-trafficking fight.